Real estate agents across the country are facing issues with dwindling supply, and it is becoming problematic for many of your clients. But with more potential buyers, the nation’s home builders are gaining confidence in today’s market.

According to a CNBC report, a monthly reading of home builder sentiment rose two points in November to 70, according to the National Association of Home Builders. This is an increase of four points from the October barometer. NAHB Chairman Granger MacDonald said the marks are in near-record territory in some regions.

“November’s builder confidence reading is close to a post-recession high — a strong indicator that the housing market continues to grow steadily. However, our members still face supply-side constraints, such as lot and labor shortages and ongoing building material price increases.”

Any mark over 50 is considered positive and November’s measurement is the highest since March and second highest since before the recession.  NAHB Chief Economist Robert Dietz points to the current supply and demand.

“Demand for housing is increasing at a consistent pace, driven by job and economic growth, rising homeownership rates and limited housing inventory. With these economic fundamentals in place, we should see continued upward movement of the single-family housing market as we close out 2017.”

Of the index’s three components, current sales conditions rose two points to 77. Buyer traffic also increased two points to 50, which is the first time in six months that this component has been in positive territory. Sales expectations over the next six months fell one point to 77.

Another signal is that home builders continue to reap the benefits of a shortage of existing homes for sale. While new construction is more expensive, move-up buyers today are left with little choice.

So, how is your region stacking up?

On a three-month moving average, builder confidence in the Northeast jumped five points to 54 and rose one point to 69 in the South. Both the West and Midwest remained unchanged at 77 and 63, respectively.

While some regions, like the West, have a high level of builder confidence, the entire country is far in the plus side, according to the NAHB barometer. As agents, this offers some good news going forward that new housing stock could ease supply issues, and create a positive ripple effect through a number of markets. 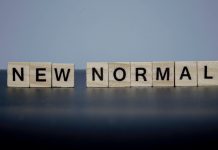 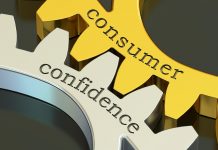 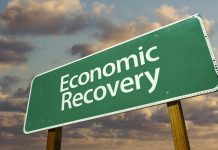 Economic Recovery Chart Looks More Like a ? Than a V or a W

Are Millennials Going to Come Knocking?