Today we’re going to be discussing the teachings of Marcus Aurelius, and helping to understand how these 3,000 year old concepts in mindfullness and focus apply just as much in today’s world as they did back then.

This isn’t just theory or philosophy: we’ll tackle some important questions to evaluate your mindset about money, teach you the ultimate definition of ‘rich’ and learn how to apply your new mindset to everything you do in business.

Marcus Aurelius (121 – 180 AD) was Roman Emperor from 161 to 180, and is considered one of the most important Stoic philosophers. What today we call the Meditations take the form of a personal notebook, which wasn’t intended for publication. Aurelius called them “Writings To Myself.” They were written in Greek, although his native tongue was Latin, and were probably composed while he was on military campaigns in central Europe, c. AD 171-175. He died, most likely from the plague or cancer, on a military campaign in present day Austria. The work is divided into 12 short books.

In Book II Aurelius reminds us that each day we will meet some terrible people. But we have faults too, so we shouldn’t be angry with them. For we are all just bits of blood, bones and breath; our life is fleeting; our bodies will decay. As for death, it is nothing to fear; it can’t hurt us. But the most important part of us is our minds. We shouldn’t let them be slaves to selfish passions, quarrel with fate, or be anxious of the present or afraid of the future. We can’t guarantee fame or fortune, but we can keep our minds calm and free from injury, a state superior to both pleasure and pain. Freedom is the control of our minds.

In Book III Aurelius tells us to be mindful of little things like cracks in a loaf of bread, the texture of figs and olives, and the expressions of wild animals—even mundane things have charm he says. But we shouldn’t gossip or speculate about what others say or do. Instead, think and talk only of things you would not be ashamed of if they were found out. Think and talk with sincerity and cheerfulness, and there will be a kind of divinity within you. There is nothing more valuable than a mind pursuing truth, justice, temperance, fortitude, rationality and the like. So be resolute in pursuit of the good.

In Book IV Aurelius tells us that we can always find solitude in our own minds. If our minds are serene, we will find peace and happiness. As for how others view us, we have little control. But virtue is still virtue even if it isn’t acknowledged. Remember, our lives are ephemeral, one day we live, the next we are dead. So act virtuous, use your time well, and be cheerful. Then, when you drop from life’s tree, you will drop like a ripe fruit.

In Book V Aurelius says we should get up each morning and do good work. We should act naturally and contribute to society, unconcerned about the reproach of others. And don’t ask or expect payment or gratitude for doing good deeds. Instead, be satisfied with being like a vine that bears good fruit. Virtue is its own reward.

In Book V Aurelius disavows revenge—better not to imitate injury. We should do our duty, act righteously and not be disturbed by the rest, for in the vastness of space and time we are insignificant. Think of good things and control your mind.

In Book VII Aurelius advocates patience and tolerance. Nature works like wax, continually transforming—so be patient. People will speak ill of you no matter what you do, but be tolerant. Evil people try our patience and tolerance, but we can remain happy by controlling our response to them.

In Book VIII Aurelius argues that being disconnected from humanity is like cutting off one of your own limbs. Instead, live connected to nature and other people. No matter what you encounter maintain a moderate and controlled mind. If you are cursed by others, don’t let it affect you anymore than your cursing the spring affects the springtime.

In Books IX, X and XI Aurelius argues that we should be moderate, sincere, honest, and calm. If someone reports that you are not virtuous, dispel such notions with your probity, and use humor to disarm the worst people.

In Books XII Aurelius asks why we love ourselves best, but so often value the opinion of others over our own. This is a mistake. Remember too that the destiny of the greatest and worst of human beings is the same—they all turn to ashes. Do not then be proud, but be humble. Die in serenity. As Aurelius wrote from his tent, far from home and never to return: “Life is warfare and a stranger’s sojourn, and after fame, oblivion.” 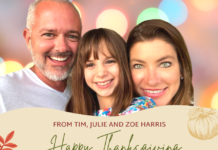 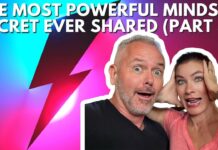 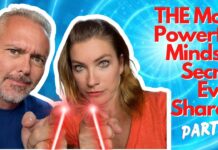