Living in Fear of Rejection? Decide to conquer that fear once and for all! How much fuller would your life, your mind and even your bank account be if you lost your fear of rejection? What are you avoiding?

In today’s show we’re going to discuss how a fear of rejection influences your behavior in negative ways, and how worry about being rejected actually leads to the outcome you’re trying to avoid!

So I started to do some research…

What did he discover? How does this apply to your real estate world?

1 His childhood fear had haunted him into adulthood! Rejection at age 6 followed him for years. So he decided to create 100 days of rejection to deep dive into his challenge.

*What rejection are you still hanging on to and how long ago did it occur? Isn’t it time to let that go? (cue Elsa song ‘Let it Go!’ from Frozen!)

2 He learned that it wasn’t the initial rejection, it was the fact that he had no plan, no presentation, no close.

*Hmmm, this sounds a lot like real estate issues… consider the fact that winging it all the time keeps you on the path of rejection, because the definition of ‘close’ is ‘the logical ending to a GREAT Presentation!’

3 Jia did the equivalent of ‘earn while you learn’, by creating experiences on purpose, experiences where he was likely to be rejected. Asking for $100 from a stranger, asking for a ‘burger refill’, and asking to be a ‘Starbucks Greeter’, for example!

4 He learned to not quit, to not give up. He developed what we call ‘stick-to-it-iveness’, the intuition that you must stick to it to succeed!

*Remember the stages of learning? Concentration stage is exactly what we just described: work, work, work, power through!

6 website: rejection therapy.com It’s a game. Go look for rejection, to desensitize yourself from the pain. Jiang made a video blog that tracked his rejection experiences. He observed that he had a ton of fear, but that the prospect was actually reasonable and approachable. It was Jiang’s issue that he didn’t have a plan…he would just run away when he felt rejected. The next day, he’ll not run.

7 Olympic doughnuts…Krispy Kreme…he asked for 5 donuts linked together to make the Olympic symbol. The manager of Krispy Kreme actually did it for him. He realized that he had to just ask enough times and hear yes.

*How many times are you ASKING for the business?

8 By being in the moment and not running, he can turn a no into a yes. He had to learn to negotiate, to present, to close. He learned by DOING. By doing, he had a deeper understanding of what it takes to get a YES.

*You won’t know the 3rd and 4th steps to something until you’ve lived through the first two. DOING something brings you closer to success than just thinking about doing something!

9 He learned that finding the objection, he could over come it.

10 He learned that he must build rapport to gain trust.

11 He learned that taking the risk of hearing ‘no’ brings you more ‘yes’s. 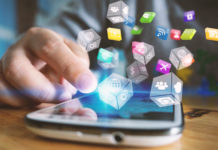 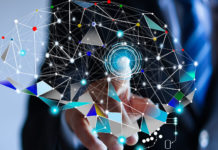 Podcast: Your Mindset & Motivation Success Blueprint For 2021 And Beyond | Tim and Julie Harris 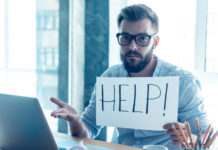