In this free consultation you’ll learn to maximize your lead-generation, conversion & sales, and create a bullet-proof business plan – and get free scripts & books after your coaching session!

Congratulations, You Are On The Right Page!

It’s Now Time For You To Take The Next 17 Seconds…Stay Focused…What You Are About To Hear Could Change Your Life.

If You Are Like Me You Don’t Want To Waste Time…You Want The Bottom Line…Here It is:

After Your Free No Obligation…No Strings Attached…2019 Business Planning Coaching Session Here Is What You Will Experience:

• You, Will, Have Your Exact Custom-Fit Business Plan: You Deserve Better Than Settling for an ‘Off the Rack’ One Size Fits All Plan. This is the Plan You Have Been Looking For.

• After You Have Spoken With Your Coach, You Will Have the Powerful Feeling of Confidence Knowing That You Have Your Own Unique Plan. A Plan that is Proven to Work in all Markets, All Prices Ranges and no Matter What is Happening in Your Housing Market. No More Fear of the Market Shift.

• When You, Take Action NOW We Will Give You Your Own Learning Library. After Your Coaching Session You Will Be Sent Links To Immediately Download The Following Books: Real Estate Treasure Map, 25 Sure-Fire Lead Generators, Think and Grow Rich for Real Estate, How To Out Smart Instant Offers. How to List Expired Listings Like a Pro. $217 Value – Free for first 37 Agents today!

• For the First 37 Agents who Are Smart And Claim their Coaching Sessions Today We Will Also Include ALL the Audios From Our Most Recent VIP Mastermind. 8 hours of Intense, Take Action Now Training. $300 Value Free for the first 37 Agents!

• You Know that Your Market is Changing. Scary Times Are Ahead For Agents Who Are Unprepared. When You Take Action Now and Claim Your Coaching Session, You Will Also Receive 2 Hours Of Intense Training On The 5 Phases Of The Housing Reset. Where We Are Now and What To Expect Next. Again, For Smart Agents Who Claim Their Coaching Session Spots Now. $250 Value Free For the First 37 Agents!

P.S. – Please Be Clear: This Coaching Session Is Only For Those Of You Who Refuse To Fail And Will Make 2019 Your Best Year Ever. We Have Very Limited Spots Available For Free Coaching Sessions. Please Do Not Reserve a Coaching Session Unless You Are Truly Ready To Go To The Next Level. If Thats You..Take Action Now And Click To Speak To a Coach NOW.

See you on the call!

For over two decades, Tim & Julie Harris have been leaders in the real estate industry, first as top producing agents and now as the nation’s most sought after real estate coaches.

In their twenties, during their very first full year as Realtors®, Tim & Julie earned real estate industry acclaim by selling more than one hundred homes. There after, Tim and Julie Harris have participated in thousands of home sales. In 1999 They authored their first book ‘0 To 10 million in One Year’ that sold out in the first 27 days. More recently, Tim and Julie have become the #1 Best Selling Authors of HARRIS RULES, Your No-BS Practical Step by Step Guide to Finally Becoming Free.

REGISTER NOW FOR YOUR FREE CALL!

The Market Is Changing: Are You Ready To Thrive In The New Real Estate Market?

In this presentation Tim & Julie Harris walk you through the phases of housing market change and introduce you to insider techniques to maximize your leads, listings & sales in any market and any price range – and you’ll learn how key top-producers use insider tricks to get ahead in the country’s toughest markets.

Up Close & Personal Interview With Ryan Holiday, Author Of "Ego Is The Enemy"

We interview Ryan Holiday, author of multiple best-selling books including “Ego Is The Enemy”. How does ego it work, why does it sometimes run wild, and how can we prevent our own ego from undermining our personal relationships, business success, and financial security? 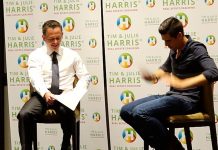 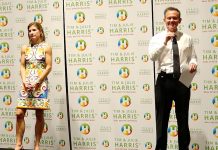 Master These 4 Things In Your Life First (Part 1) 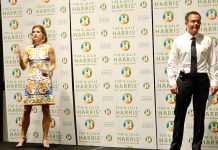 How To Recession Proof Your Business (Part 1) 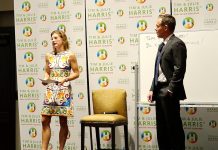 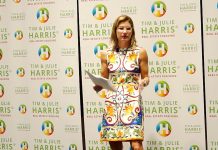 Why Sleep Matters For Peak Performance

“Coaching means everything to me. It's a game-changer, and a life-changer. It's about fresh perspective, someone helping me stay accountable for my success, and I like having somebody else to help find solutions to problems that I wouldn't have found myself. Honestly, we live a fantastic life, we've got a great business, and most of that comes from being in a structured coaching program with Tim & Julie Harris.”

Jane Armstrong describes how coaching with Tim & Julie Harris® has helped her career succeed. She’s a Broker with Signature Real Estate Group, and has worked with hundreds of individuals and families who have relocated to Las Vegas.

HGTV top-producing superstar Collette McDonald is Atlanta Metro’s #1 Realtor and a regular on HGTV hit shows “Design to Sell”, “My First Place” and “Bang for Your Buck.” She credits her success to Tim & Julie Real Estate Coaching!

Call now and you'll receive our complete collection of real estate planning & strategy books, along with our new script series to help you prospect, negotiate, & close more easily and efficiently - and you'll get it all completely free after your coaching session!

REGISTER NOW FOR YOUR FREE CALL!