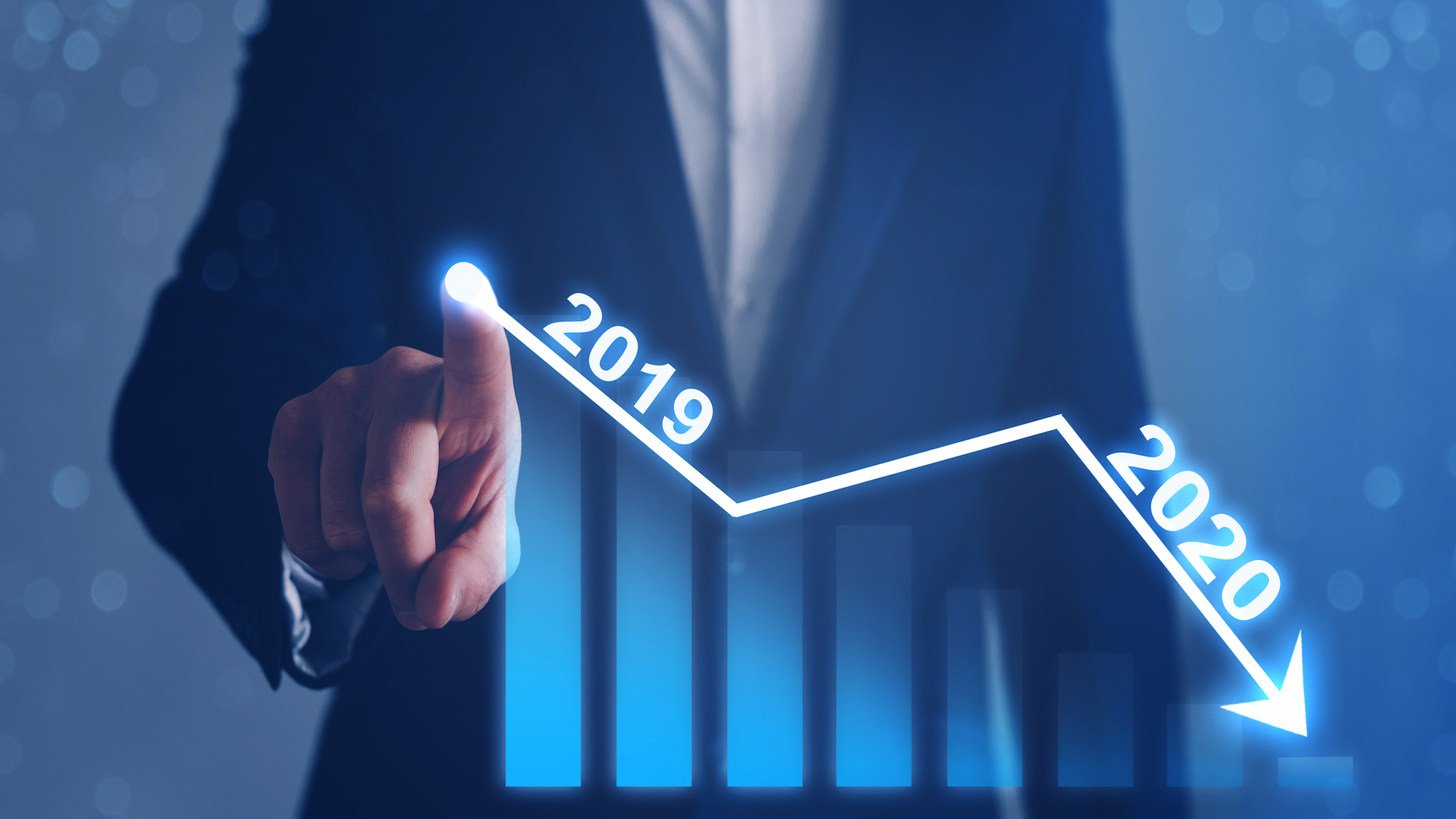 Economic data for Q1 2020 is beginning to come in and most of it isn’t pretty. However, there are a couple of bright spots…more funding is available via the SBA’s Paycheck Protection Program and there is more search action on listing sites and more home sales compared to last month. Let’s take a look.

30M+ unemployed means that one worker in five has filed for unemployment insurance benefits since February 2020. Only the Great Depression in the 1930’s and 40’s rendered such a comparable number of unemployed in this country at the same time.

Some economic think tanks believe this number of 30M+ does not truly represent the “real “ number of unemployed people. The Economic Policy Institute, for example, calculates the figure of unemployed to be at least 50% higher due to State Employment Offices being overwhelmed by the volume of applicants due to inadequate staffing and antiquated computer equipment, systems and software.

Up until mid March 2020, the US economy was chugging along quite nicely. Growth was up some +2.4-2.6%. Then, with the ides of March came COVID-19 and the US economy took a nosedive by approximately 7 percentage points from positive 2.4% to negative -4.8%.

Most experts agree that this -4.8% does not reflect the “true” state of the economy which they all say is much worse. Some economists say that the economy is and will become “the worst economy of our lifetime.” Some experts are projecting a -30% decrease in the economy in the coming months.

Also know that Consumer Spending, 70% of our economy, dropped -7.6% in March from February.  Most see this drop to also be the “tip of the iceberg” like the overall decline of -4.8%

No longer predicting a “V” shaped economic drop and fast recovering surge, most industry experts are predicting it will take until 2022 for the economy to reach pre-COVIC levels of job growth and consumer spending. “Slow and steady” are the watchwords.

New legislation replenished the coffers of the SBA’s Paycheck Protection Program. The original $349B ran out in 13 days and Congress added $320B more to be allocated to small businesses needing assistance loans to pay for employees, rent and utilities.

A second round of Paycheck Protection Program with an additional $320B replenishing the initial $349B in funding under the umbrella of the Small Business Administration began swinging at the beginning of last week.

Hopefully, the end results of this second effort will be better than the first for small businesses and especially for real estate businesses that received only 3% of that first $349B. In another post, we highlighted some of the problems in that first PPP effort. Too many large businesses with long established relationships with lenders that were processing the PPP applications got a substantial share of that funding…businesses such as Shake Shack and the LA Lakers that actually returned their allocations to the PPP…businesses like the Lakers that have a net worth, according to Forbes, of some $3.8B.

All we know so far about the second effort to get PPP loans to small businesses is that lenders were again deluges with applications and the SBA website crashed within 20 minutes of the opening bell for those applications. The website was revived throughout that first day with occasional crashes…not ideal circumstances for either applicants or lenders who were again quite frustrated with the process.

The Emergency Injury Disaster Loan (EIDL) program also got a second infusion of cash to distribute to COVID impacted small businesses. The problem here was that the SBA took NO NEW APPLICANTS from the get-go of this second effort. The SBA stated that it would review already received applications from the initial pool on a first come-first served basis.

As we already indicated under the Economy” heading, some economic experts believe the economy could shrink by some -30% in the coming months.

Unemployment numbers are expected to flatten in the coming months but that flattening translates into sustained huge levels of unemployment in the short-term with only a gradual decline by the end of the year. That being said, many experts believe it will take until at least 2022 for pre-COVID levels to return to both economic and unemployment levels although unemployment levels pre-COVID, we must remember were at record lows.

Some real estate listing sites (Zillow, Compass, REALTOR) are experiencing higher home searches than in March (when the number of home searches was at an all time low) and some home sales numbers, though still down -20%, are seeing higher sales volume than in March. New home sales, as long as the new homes are entry-level homes, are particularly benefiting from a bit of an uptick likely because new homes are “cleaner” and have fewer germs inside than existing homes listed for sale.

Buyers looking for homes are serious, motivated buyers who know what they want, where they want it and are ready to buy with their qualifying paperwork in hand. Many of these buyers are looking to live outside of urban, denser centers and many of them want the privacy a single-family home affords.

Some real estate experts, such as Tim and Julie Harris, are anticipating a bit of a housing boom in June driven by pent-up demand however, Tim and Julie for two foresee such a boom to be short-lived, hopefully through August. After that, most believe the market will “settle.”

Speaking of Tim and Julie Harris, The Motley Fool just named Tim and Julie’s Real Estate Coaching Radio one of the top three real estate podcasts serving real estate agents. You can read more about this honor in a designated post calendared for this week.

Also read: Podcast: Will Housing Boom When States Reopen?, Podcast: When Will The Market Be ‘Normal’ Again? | How To Thrive Now, Economy Shrinks -4.8% in Q1 – Likely Just “Tip of the Iceberg”

Cities Where Prices Are Down