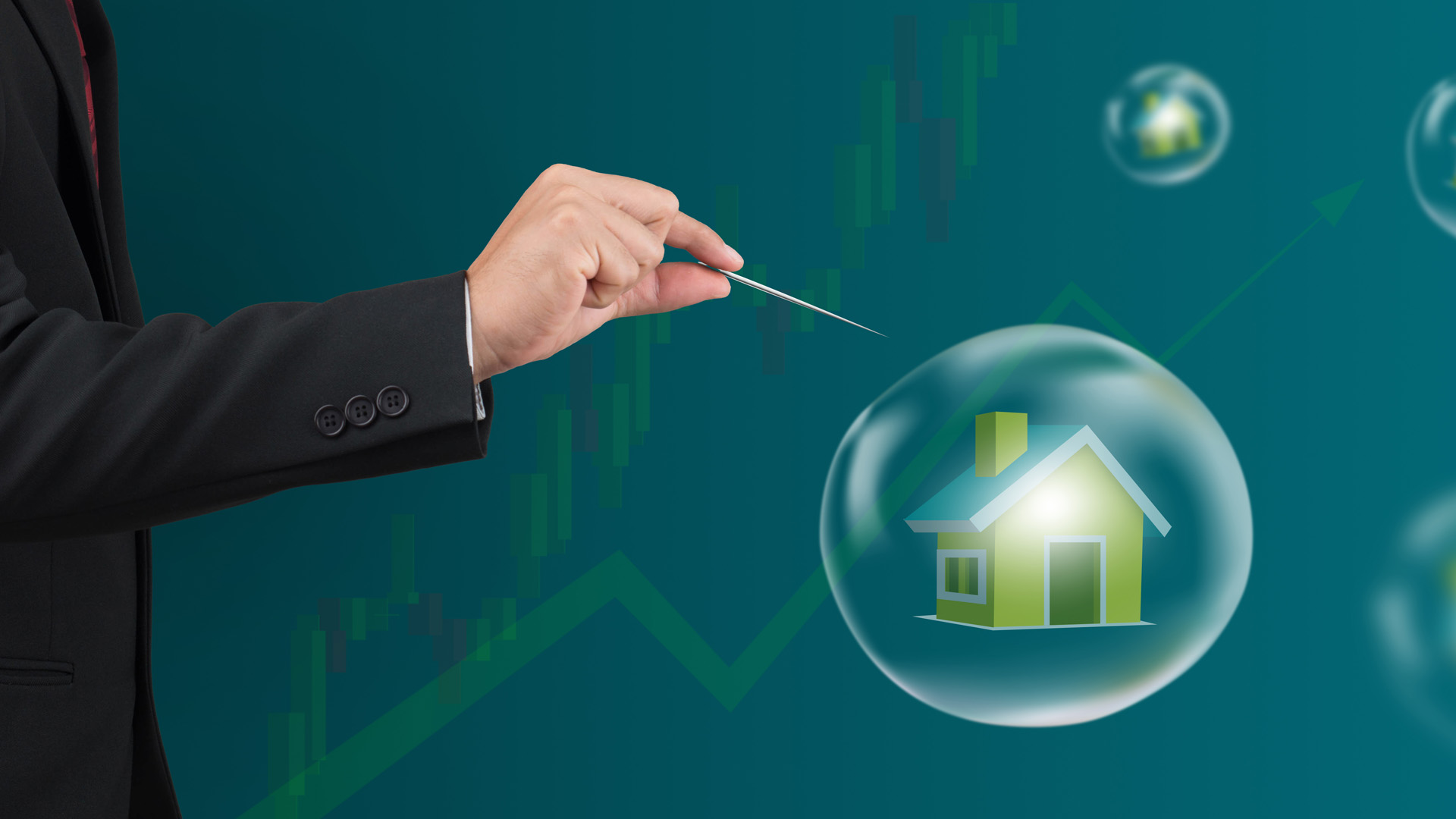 The housing market is the bright shiny star in the nation’s economy. But, for how long?  Can prices and sales continue going up and up without a bubble popping?

Coy reminds us that the peak of the homeowner vacancy rate, just under 3%, happened in 2007-08 when homebuilders kept building houses faster than the American people were able to form households to occupy those new houses. The result was a housing bubble…home prices tumbled, mortgage defaults skyrocketed and the economy crashed.

This shortage of housing is nothing to brag about or be happy about despite homeowners doing handstands that their home equity is growing.  This shortage of housing is making housing unaffordable to more and more buyers, particularly first-time buyers.  Lawrence Yun, chief economist with the National Association of REALTORS®,told Bloomberg, Today’s market is unhealthy,” but no matter how unhealthy due to lack of affordable supply, lack of supply is not a telltale sign of a housing bubble.

“I don’t think we’re in a housing bubble,” Laurie Goodman

Laurie Goodman, director of the Urban Institute’s Housing Finance Policy Center and former head of global fixed-income research at UBSwho spotted the last housing bubble, said, “I don’t think we’re in a housing bubble…We’re actually producing less units than the rate of household formation each year…we’ve got a supply/demand imbalance, and we’re slowly, slowly moving to correct it, but we’re still in a deficit position.”

Elements in today’s market do not point to a bubble

No, the elements within today’s housing market do not point to a bubble.  According to the US Census Bureau,average housing inventory between July – November 2020 was lower than in all but six months since 1963.  Also, according to the Mortgage Bankers Association (MBA),average monthly mortgage payments have fallen over the past year even though prices have increased.  Even if /when mortgage rates were to increase, the MBA indicated “only 2.7% of newly originated mortgages by volume and 7.6% by value had adjustable rates.”

Another thing to consider about home loans, during 2007 – 08, mortgage underwriting was all over the place and had no verifications.  Today, Goodman said, “Underwriting is very, very strict, and it’s gotten stricter.”

Goodman is not concerned about there being a flood of houses coming onto the market when foreclosure moratoria expire March 31, despite, according to the US Department of Agriculture,one in ten homeowners with mortgages is behind on payments.  Why?  Most homeowners now have substantial home equity and could pay off their mortgages in full unlike in 2007-08.

Chiming in to agree with Goodman is CNBC’s Mad Money host, Jim Cramer.  “A booming housing market is good, even if the last one ended horribly…Think of the housing boom as the bridge that helps get (the economy back to a service economy.)”

Cramer said that even if those who cannot move to new homes in the suburbs (as many pandemic-driven remote workers are doing), those people are doing upgrades or remodeling to their current addresses.  Just take a look at stock valuation increases in Home Depot and Lowe’s.  Cramer also encouraged us to take a look at share prices of CarMax and GM.  People buying homes in the suburbs or the country need cars.  Cramer said, “I see an auto boom coming.”

Like Goodman who said, “I’m feeling very optimistic about the health of the US housing market,” Cramer is too.

Thanks to Bloomberg and CNBC.

Updates for Business on the CARES Act