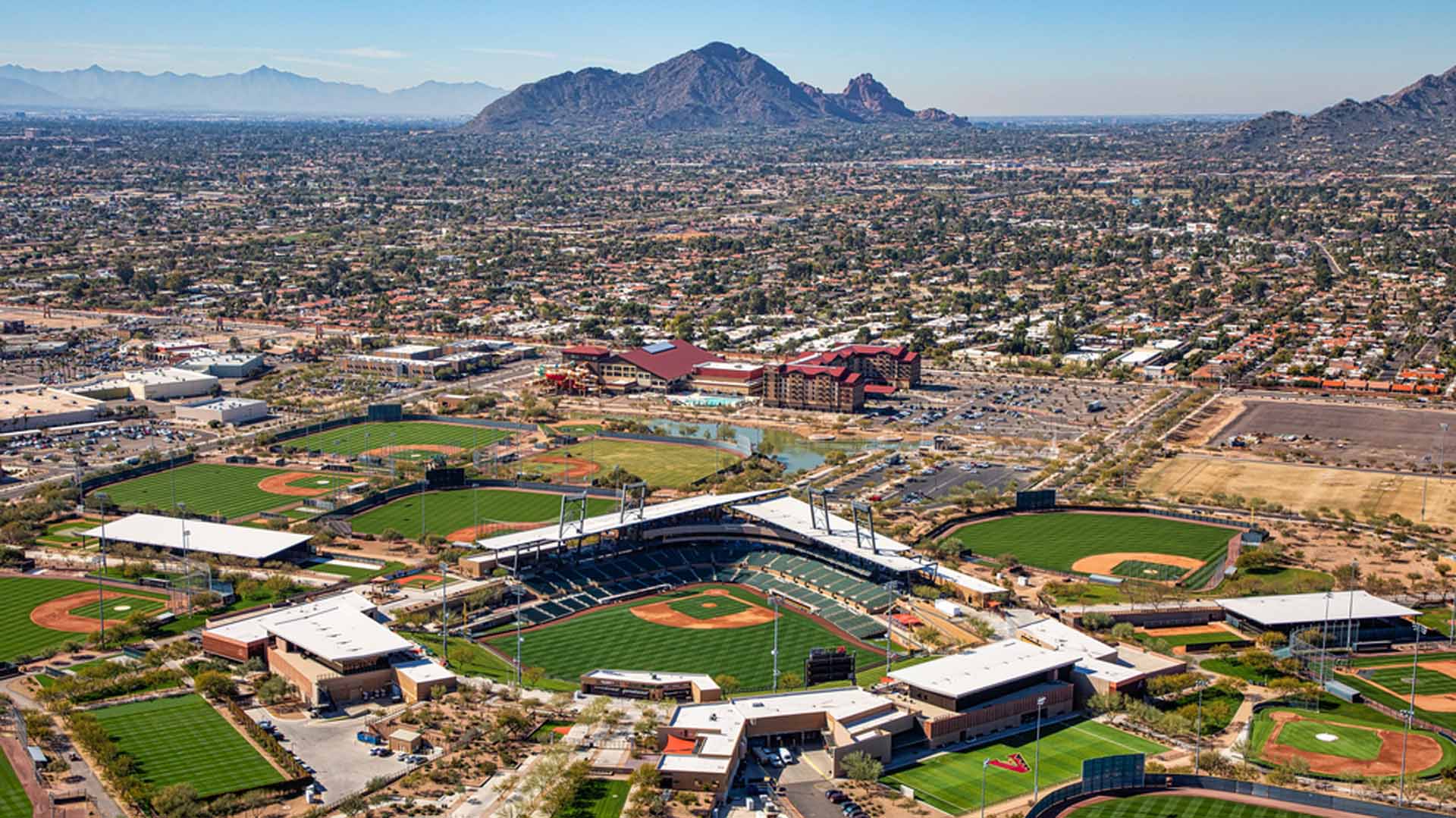 Scottsdale – Home to the Giants, Rockies and Diamondbacks

Scottsdale, a city of 250,000 on the northeast side of Phoenix, is home to the San Francisco Giants, Arizona Diamondbacks and Colorado Rockies during spring training.  With Phoenix just minutes away, Scottdale’s “home” teams play the other 12 Major League Baseball teams that compose the 15-team Arizona Cactus League.

This year, due to the MLB lockout, the start of spring training is uncertain but Scottsdale offers lots of opportunities for good times despite shuttered stadiums.

Lisa Westcott, a broker associate from Silverleaf Realty, said, “Scottsdale, in general, has a cool, hip, fun, sexy vibe to it.  It has a lot of restaurants now.  We have country clubs and golf clubs, and many of them have made space for pickleball since that’s gained so much popularity.”

Westcott continued, “We see a lot of visitors from out of state who enjoy going to the spring training games, and once they’re here, they realize how beautiful it is and how amazing the weather is in March.  That piques their interest, and when they start spending more time out here, they look to buy…it used to be just Chicago, Minnesota and the Midwest, and now we’re seeing people from every state.”

The Giants, Rockies and Diamondbacks train between two stadiums in Scottsdale.  The city’s 12-000 seat stadium is home to the Giants and Salt River Fields at Talking Stick casino, 11,000 seats, is home to both the Diamondbacks and Rockies.

Daniel Wolski, who works with Russ Lyon Sotheby’s International Realty, said that Scottsdale’s yearly spring training, the Phoenix Open and the Barrett-Jackson car show and auction are all great attractions for sports and auto fans from all over the world.

Scottsdale runs north to south.  The Tonto National Forest is its north and east border and shares an eastern border with the McDowell Mountain Regional Park, Fountain Hills and the Salt River Pima-Maricopa Indian Community.  To the south, Scottsdale is bounded by Tempe, home to Arizona State University, and Phoenix to the east, including Paradise Valley, an affluent enclave.

During the 1990’s, Spanish and Southwestern home styles dominated home construction until the early 2000’s.  People then turned their eyes to Tuscan and rural Mediterranean architectural styles.

Home construction in Scottsdale essentially shut down during the Great Recession.  After the Recession, however, architectural preferences leaned toward cleaner lines, smaller footprints and more efficient homes that are more conducive to desert contemporary.  Organic materials (concrete, glass, steel, metal, rocks) complement those cleaner lines and are still preferred today.

In addition to a great MLB rotation during spring training, Scottsdale offers every professional sports league year-round action.  The next time the Super Bowl returns to Arizona is 2023.  Star-studded golf and tennis tournaments are constants.

Arustamian added, “We have a ton of nightlife in Old Town Scottsdale, and the best dining you could ask for.”

Who Lives in Scottsdale?

In many ways, Scottsdale is a playground for people who have worked hard “to get here,” said Wolski.

Several years ago, many Midwesterners and Canadians became buyers due to the weather.  Today, due to friendly tax policies and relative affordability, many Californians are relocating to Scottsdale…and all of Arizona.

Housing demand far outweighs supply in Scottsdale, as in many other desirable communities nationwide.

Wolski with Russ Lyon International Sotheby’s Realty said, “Barring some major changes in the world, I don’t think that’s (imbalanced demand and supply) going to change in the next three to six months.  Longer than that, it’s really hard to project out, but I don’t think that’ll change.”

Places Where People Most & Least Lonely