According to the latest foreclosure report from Attom Data Solutions, foreclosure activities were up +8% in January 2019 from December 2018 but still down -19% from January 2018. Currently, according to ATTOM, the rate of foreclosure filings is one in one in every 2,407 units.

60 of 220 metros posted y/y foreclosure activity increases including the “leaders”:

Completed foreclosures declined -54% annually but increased +18% from December 2018. The “leaders” here were

According to the Wall Street Journal, unconventional loans, known as non-qualified mortgage loans (NQM) that accommodate borrowers who haven’t the standard proof of income, were double what they were in the first three quarters of 2018 and nearly quadruple what they were in 2017.

The credit agency DBRS predicts the comeback for these loans as “lenders try to boost business which stalled due to a decline in refis, and increase in home prices and a shortage of inventory.” The WSJ called the resurgence of these NQMs with looser credit standards “potential worrisome as the flavor of mortgages once panned for its role in the housing meltdown a decade ago making a comeback.”

Credit ratings firms have a different take. They believe these current NQMs are safer than their pre-crisis counterparts due to stricter “ability-to-repay” rules, improved underwriting and improved due diligence practices.

The WSJ article quoted Scott Astrade, director of federal advocacy with the Center for Responsible Lending. “An uptick in these loans could be risky for borrowers if their financial situation were put under stress. While they (current NQMs) might not be as toxic as some of loans pre-crisis, you still have a host of affordability concerns.” 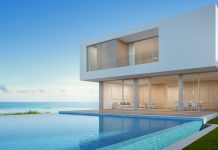 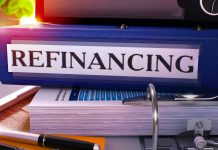