It’s been going on for years, but will this finally be the end for what some have thought to be an inappropriate relationship?  As agents and lenders have ‘wined and dined’ each other to mutual success over the years offline, taking the relationship online has come under fire again. The Premier Agent Program has been widely used among agents and lenders since June 2013 to co-market their services and it seems like a no-brainer.  Any agent, particularly a new one, is drawn to the idea of pairing up with their favorite (or ‘preferred’) lender and sharing costs to be co-branded together on Zillow’s site.  But is this potentially mutually beneficial relationship a RESPA Section 8 violation?  Some say ‘Yes.’  Specifically, the Consumer Financial Protection Bureau (CFPB), having sent their Examiners out in force recently to Lenders across the country, in search of answers…Are they buying leads from Zillow?

Should Zillow be worried?  Industry insiders think so.  As Mortgage New Daily reports, ‘Any time someone says that buying Zillow leads is non-compliant in the CFPB’s eyes is cause for concern. There is news that CFPB examiners were asking questions about whether a lender paying for leads or marketing on Zillow was a referral and therefore a RESPA violation.”

The CFPB has increasingly shown its willingness to go after those who are accepting payment for mortgage referrals.   When it comes to the question of defining ‘kickbacks,’ unfortunately, RESPA is a wide-ranging statute.  Because RESPA prohibits payment in exchange for business, the obvious players under scrutiny have been agents, brokerages and mortgage/title companies.

With Zillow’s name now coming up again after real estate video blogger Brian Stevens reignited the debate with his video, posted on March 8th, the questions from agents and brokers are many and the implications are far reaching.  However, the CFPB has remained tight lipped.  “We’ll decline to comment on any specific company,” said CFPB spokesman Samuel Gilford in an emailed statement.

With statistics from the National Association of Realtors (2015) already showing a negative 32% ROI for online leads, will agents be willing to pony up more of their hard earned commissions without the ability to share costs with their preferred lender?  How long will agents continue to participate in the Premier Agent Program without a definitive ruling from the CFPB on this issue?

Zillow Group also remained fairly quiet on the issue, giving only a short emailed statement in response to Inman News inquiries…”The practice of agents and lenders advertising together has long been a focus of the CFPB, and we, like the rest of the real estate industry, are very focused on this issue,” said Zillow Group spokeswoman Amanda Woolley. When Inman News further inquired if Zillow Group had changed any of its co-branded products as a result of input from the CFPB, they declined to comment further. 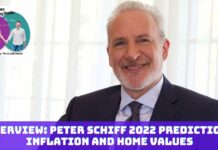 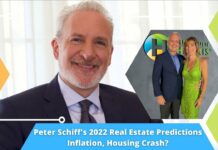 What’s Coming Next? “The Worst Economy in Our Lifetime”