The current trends may force many potential clients off the fence, creating new sales opportunities for agents in the summer months.

Bay Area single-family prices also are $100,000 higher than the spike in May 2015, according to a report by Wolf Street. A new record price was unexpected, said Patrick Carlisle, chief market analyst at Paragon Real Estate Group.

“After the cooling we saw in 2016, I figured we’re probably at a plateau point. We went into another frenzy. This spring was surprising to me. I don’t know how much higher median prices can go. But of course, I said that last time it hit a peak,” he said. “Each year we’ve peaked higher.”

Real estate agents in the Bay Area are witnessing similar patterns for condos a similar pattern occurred. After a period of spikes and drops, condos also have surged.

According to Paragon Real Estate, the median condo price rose in May by $100,000 from April, and by $113,000 from May 2016 to a new record high of $1.2 million. When the two trends are merged, an interesting scenario is revealed that features flat-lining but highly volatile prices, and a sudden spike last month.

For agents in the Bay Area, Carlisle said there was little chance of San Francisco homes ever being affordable for buyers who aren’t affluent, even with new supply being built.

“There are no easy solutions. Construction costs and land costs are sky-high. There’s no way a developer can afford to build projects with homes that anyone would consider affordable. We can’t push out the borders of our city. I’m not sure there is a solution. There’s just too much demand.”

However, the drama over surging prices has occurred in the face of declining sales volume.
The Wolf Street report pointed out that while sales volume in May stood at 467 sales, highest so far in 2017, when compared to other Mays, it was the second lowest over the past five years, with only May 2016 (458 sales) being lower. This trend over the past five years of declining year-over-year volume has also been present during the rest of the year.

Paragon’s data shows agents that after two years of flat trends in the Frisco housing market, with luxury condos taking a hit, a one-month price spike separate from the luxury condo market has emerged. 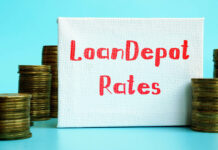 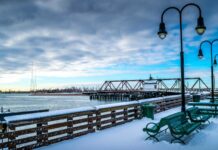 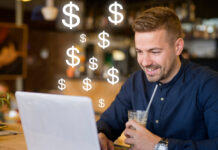 Podcast: Debunking The Great Success Killing Myths You May Believe |...

Podcast: How To Get Real Results In Only FIVE Days! |...

Podcast: The Real Reasons So Few Accomplish Their Goals | Tim...

Real Estate Agents Ask: Who is Home Capital and Why Should...

Four Habits to Cultivate to Help You Become Successful


Tim and Juile Harris personal images Copyright © 2021 Tim and Julie Harris
Photo Credit: Stock images used under license by Shutterstock • Agent & broker images used with permission
SMS Compliance: 4 Msgs/Month. Reply STOP to cancel, HELP for help. Msg&data rates may apply. Terms: slkt.io/Jpd
We use cookies to ensure that we give you the best experience on our website. If you continue to use this site we will assume that you are happy with it.OkNoPrivacy policy