Millions of real estate agents listen to our podcast, and we love the emails we get from you! We’re starting out today’s show with a answering a very special letter from “across the pond” – sent by Alan Ferguson in Glasgow, Scotland!

Ferguson describes himself as a “newbie” just beginning his fifth week as a real estate agent, and responds to Tim and Julie’s “…more serious lessons for users…” lessons he believes that “…new agents especially need (about) the harsh bitter truths.” Ferguson is referring to the Harris mantra of doing what you don’t want to do when you don’t want to do it at your highest level.

And for Ferguson, the Harris mantra is working, “I feel myself becoming more attuned to these horrible tasks of calling up prospective leads…and while some people are sour and disinterested…it does seem like a numbers game.”

Though at times Ferguson “…breaks into an irrational place (where) I feel I’ll fail…” he thinks that “all the symptoms he feels are (those of) breaking through comfort zones…” and that he “…knows those symptoms…will fade away if I plough on.”

Ferguson’s affiliated agency is “obsessed with your type of prospecting” as well. His agency and Ferguson himself promote calling private landlords to “…see if they want to sell anything…” since many people in Glasgow are tending towards selling off their portfolios at the moment. Ferguson has been successful in “getting some good leads this way.”

In closing, Ferguson encourages Tim and Julie to “…keep up telling us the vicious truth…it keeps us motivated. We need people to inspire us when we’re trying to get started and sorting out our first listings.” To Tim and Julie, Alan Ferguson wrote, “…keep up the good work and thanks for doing it. It is appreciated.”

Alan isn’t our only focus on today’s show: we’ll also be addressing lead-generation & listing questions, and giving you rock-solid advice on how to overcome your limitations & push yourself to being the absolute best real estate agent you can possibly be! 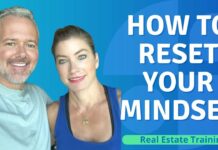 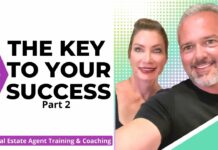 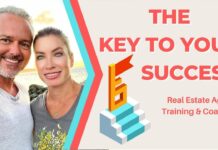 More Homeowners Taking a Dip in the Equity Pool