Julie’s client loved golf, but hated prospecting: he said it made him feel like an ambulance chaser. He didn’t like to talk business on the golf course either, because he felt that it “ruined the spirit of the game”.

Then he started losing deals: his gold buddies would casually mention a deal they were doing, until one day he finally broke down. “Other agents are stealing my clients”, he told Julie, “why is this happening?” So she told him to find out.

“You never talk about your real estate business”, his golf buddies told him, “we thought you were just too busy to help us.” There went tens of thousands of dollars in commissions – up in smoke.

The only person who didn’t want to talk real estate on the golf course was the agent, he ended up losing out – until he’d had enough & changed up his game to include prospecting in every aspect of his life.

Moral of the story? Unless you’ve got a snub-nosed Walther PPK and a license to kill, you’d better not hide your profession! Get out there and prospect or you’ll end up losing deals.

Prospecting isn’t evil, and it doesn’t make you an ambulance chaser unless you act like a pushy jerk. Learn how to prospect effectively in every part of your life and your career will blossom. 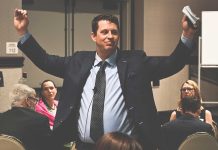 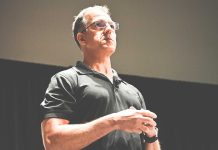 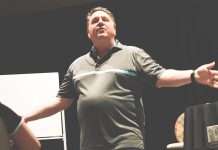 Purchase Applications Up – Buyers Are Back