For many Americans, the dream of home ownership is becoming less of a reality.
According to U.S. Census Bureau data compiled by Redfin for Bloomberg, 52 of the 100 largest U.S. cities were majority-renter in 2015. Of those cities, 21 have moved over to the renter side of the slate in the last decade, including Denver and San Diego and lukewarm locales, such as Detroit and Baltimore. As homeownership increased slightly during the second half of 2016, the rental trend shows little sign of abating. According to a recent report by the Urban Institute, demographic trends will keep the rental rate rising. As home prices rise and supply continues to decline, less people are seeking or even able to own a home. Redfin Chief Economist Nela Richardson noted that low-income families don’t rent by choice.

“We don’t have enough affordable supply in either rental or for-sale markets.”

Civic leaders also can play a role in the image of rentals. Andrew Jakabovics, vice president for policy development at Enterprise Community Partners, an affordable housing nonprofit, said communities shouldn’t shortchange renters by believing they are not engaged as a homeowner would be.

“It goes a long way just to make sure you’re valuing renters and making sure voices are heard when it’s time to allocate resources to schools or parks or transit lines.”

The housing market reached its peak rate of homeownership at 69 percent in 2004, just before the recession caused a steady decline, according to the Federal Reserve. At the end of 2016, homeownership was at 63.7 percent. Home prices have also surged. Richardson noted that while a boom for homeowners, strong price growth continues to create challenges for first-time buyers, particularly with a lack of supply in affordable price categories.

“There is a silver lining on the horizon, however. Rising prices and increased equity may tip the scales for homeowners who have been delaying their decision to move up, which could add much-needed starter-home inventory to the market.” 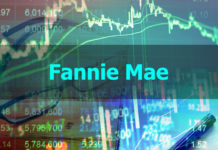 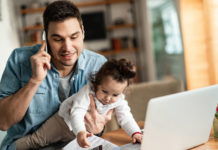