As President Trump’s cabinet slowly began to take shape in the weeks after the election, some appointments left many Americans – both Trump supporters and detractors – scratching their heads. One of those appointments was former neurosurgeon and GOP presidential candidate Ben Carson as head of the Department of Housing and Urban Development. According to CNBC, his appointment caught the attention of Guillermo Mayer, president and CEO of the San Francisco nonprofit and legal advocacy group Public Advocates.

“Many are wholly unprepared to spearhead the agencies they’ve been chosen to lead, or have views in opposition to those agencies. Ben Carson is a perfect example.”

In response to Carson’s appointment a group led by Mayer has formed CarsonWatch, a collaboration between Public Advocates, the Poverty & Race Research Action Council, the Lawyers’ Committee for Civil Rights Under Law, and PolicyLink, seeks to keep an eye on Carson and the administration. Mayer said HUD needs a leader who understands the agency and can advocate for its beneficiaries.

“More than five million families are directly impacted by HUD. To have someone in charge who, from what we observed, didn’t realize the proposed Trump budget was going to cut the budget of the programs that he was promoting on his listening tour, is troubling.”

According to Mayer, the site also will keep tabs on potential corruption in housing spending. This comes with an administration heavily involved in the real estate industry and Carson refusing to promise that he wouldn’t direct HUD money to the Trump empire. The website just isn’t a trolling expedition. It is focused on holding Carson and the administration accountable, and keeping any changes to HUD policy and programs in the public eye. The site launched in March and its supporters plan to continue to report on Carson’s statements and public events. One challenge to Mayer and others has been to turn the spotlight on Carson, who has yet to do a formal interview since his confirmation.

“We have not reached out to him and don’t expect to hear from him anytime soon, although we would welcome it. He needs to look HUD beneficiaries in the face and explain what he’s proposing to do.” 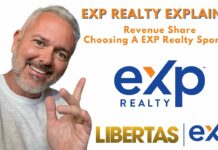 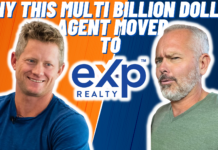 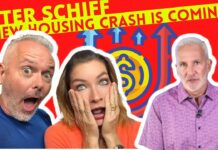 Podcast: Should You Change Brokers? Find Out With 10 Crucial Questions!...