The internet was supposed to be an equal opportunity playing field where anyone could find anything anywhere any time…a place someone could sell/buy books or catalogue/research information or plug into a social network to connect with whomever. Because it was an equal opportunity playing field, some people didn’t have to pay more than others to use it and some people didn’t have to wait longer than others to get what they wanted on the Internet. Its power was twofold…the Internet was flexible and it was democratic.

Now, all of that is about to change if the US Federal Communications Commission (FCC) votes to pass a plan put forth by its Chairman, Ajit Pai, to repeal “net neutrality” regulations at its next meeting on December 14 between 10:30-12:30 AM, EST time.

Since 2005, the Internet has been operating under a governing principle of equal opportunity to all as well as a principle of preventing preferential treatment to a select few.

Internet-centric businesses such as Redfin, REALTOR.com, Zillow, etc. would be hit hard if net neutrality were dismantled. Higher fees, blocked content and slowed down services would be the norm. Redfin’s chief economist, Nela Richardson, said, “penalizing…independent brokers…is in direct conflict with our mission to make housing data more transparent and easily accessible to consumers.”

National Association of REALTORS president, Elizabeth Mendenhall, said that the FCC would be “…stacking the deck against smaller companies in favor of corporations.”

Real estate businesses are among 200 other businesses that wrote to Mr. Ajit Pai about his plan. “…(this order) would put small and medium business at a disadvantage and prevent innovative new (businesses) from ever getting off the ground.” Instead of allowing consumers to pick winners and losers in an open market, “…this plan empowers just a few powerful cable and phone companies…” to choose.

John Banks, president of the Real Estate Board in New York, concludes this article by saying, “Net neutrality provides the foundation for digital innovation across the real estate industry. It sustains an environment where new services can compete…our REBNY Tech committee supports such innovation and calls upon Congress to enact legislation that once and for all codifies these concepts into law.”

If you think your business would be affected by Mr. Pai’s propsoal to end net neutrality, you might consider contacting the FCC Commission’s Congressional members prior to the December 14 meeting. 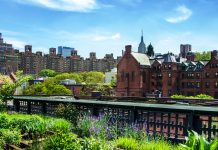 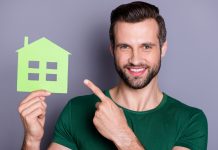