If you and/or your clients have ever dreamed of owning a home in the Hamptons, now is the time. Douglas Elliman by Miller Samuel Appraisers tells us that home prices dropped -12.8% in this celebrity strewn enclave during Q2 2018 compared with Hamptons’ home prices in Q2 2017.

Homes most vulnerable to this price drop, as well as sluggish sales volume, are those that fall in the “Hamptons Middle” listed at $1M – $5M. Jonathan Miller, co-founder and president of Miller Samuel, said, “The middle is where you have more leverage being used in acquisition…so the more mortgage rates are a factor and the more new tax laws are a factor, the more uncertainty applies to this segment of the market…”

The good news for you and/or your Hampton buyers? You all have many more homes to choose from plus you have less competition from other potential buyers. Inventory of homes listed at +$4.5M rose +36% y/y in Q2 to 329 homes, according to Miller Samuel, and sales volume dropped -11.6%.

John F. Wines, broker with Saunders and Associates, said, “…sellers have to get a little more realistic…” in their pricing.

Judy Desidero, chief executive with Town and Country Real Estate in East Hampton, said, “There’s a ‘glut in the market’ with pricing pressures at the highest end.” Desidero told CNBC that only one +$20M home sold during Q2 2018 whereas last year, four such properties within this ultra luxury sector sold. (The particular home to which Desidero referred was sold for $40M. It was originally priced at $69M when first listed two years ago.)

Desidero went on to say that “these homes are being brought down (in price) significantly. Homes initially listed at $15M are now down to $12M and maybe trading at $9M – $10M.”

Miller reinforced the words of others quoted in this piece. “ Buyers (here in the Hamptons) are behaving much like we’ve seen in much of the region. They’re taking longer to make their decisions, pausing and wanting to see how things shake down…” particularly as those “things” relate to rising interest rates and tax law changes that now limit deductions on mortgage interest and state taxes.

Fantasizing about the Hamptons? Timing is everything. 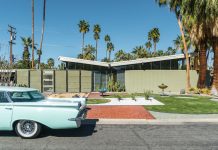 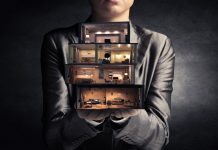 Podcast: The Truth (vs Lies) About Rich People

Which Markets Will Be Hardest Hit by the Silver Tsunami &...