Never give up. Here is a great illustration why…it’s all about Hawaii. Hawaii was discovered waaaay back in AD 1000 – it’s impossible to know exactly when, but it was a long time ago, by a group of Polynesians who were natives to the South Pacific.

When we went to Hawaii for a visit to Elite Pacific, we were amazed by how completely remote Hawaii actually is. Look at it on the map and you’ll wonder how anyone, EVER discovered it, much less developed this place! So how did this happen? How did anyone think to even look for these islands?

The Polynesians noticed a bird, the Golden Plover. This bird migrated right out into the northern waters every year. They couldn’t just be going to sea; they had to be going somewhere!

These Polynesian explorers decided to sail out from the Marquesas Island and follow those birds. The Marquesas are as close as any island to Hawaii, but ‘close’ in the Pacific is just like ‘close’ is in Texas, only worse. It’s 2600 miles from Hawaii. Even today, it takes a month to sail from Hawaii to the Marquesas and that’s with modern equipment, navigation and technology!

Imagine if you went exploring in the Pacific with carved boats and primitive technology. Would you even have left dry land? I know I didn’t want to get on that plane from LAX to Honolulu….

So these Polynesians followed the birds but the birds were faster than they could row, so there was a lot of faith involved. Many times, they had to turn back, but every year they would try again and push past where they’d left off the previous year.

They kept on rowing and rowing, turning back, starting over, following the birds and upgrading their knowledge, technology and ability to persevere. After 400 years, they finally reached Hawaii. They never gave up, in spite of uncertainty and doubt, setbacks and frustration.

Now let’s get into some facts & make this practical and tactical, not just an interesting story about Hawaii…

Never give up. The following is a compilation of personal data collection from 100’s of thousands of coaching calls, research by other sales firms like Jeb Blount (Fanatical Prospecting), and NAR reports.

1. Only 23.9% of sales emails are ever opened. The average person deletes 48% of the emails they receive every day. This task takes them just five minutes.

2. An analysis of more than 2,200 American companies found those who attempted to reach leads within an hour were nearly seven times likelier to have meaningful conversations with decision makers than those who waited even 60 minutes.

3. It takes an average of 8 attempts just to reach a prospect in the first place.

4. The best time to call is between 4 and 5pm and between 1 and 3pm on weekdays. Saturday mornings before noon are also very fruitful to find the ‘unobtainium’!

5. After a presentation, 63% of attendees remember stories. Only 5% remember statistics. Using stories removes the ego and builds rapport.

6. According to NAR, two-thirds of recent buyers only interviewed one agent before they found the agent they worked with. 42% of buyers found their agent through a referral from a friend or family member and 12% used an agent they had used before. 39% of sellers found their agent through a family or friend referral while 25% used an agent they had worked with previously. But, here are the important numbers. Only 9% of buyers and 4% of sellers find their agent online. Are you actively working your database or are you passively expecting them to find you?

7. Researchers posed as consumers and inquired about listings on broker websites, Zillow.com, Realtor.com, and Trulia.com. They found that:

8. Urgency matters. According to a study conducted by Prof. James. B. Oldroyt at MIT, your odds of reaching a lead if you call them within 5 minutes of their reaching out compared to waiting 30 minutes drop 100 times.

9. Set and track your goals, your expectations and your ratios. If you’re ‘cold calling’ Just listed and Just sold, your ratios will be terrible. When you instead call on your active leads from open houses, probate, referrals, etc, of course your ratios will be much better. For sale by owners (unrepresented sellers) and Expireds have the best ratios since you know they need you!

10. Monitor your stick-to-it-iveness. How fast do you give up? Is it as quickly as you see the bird disappear on the way to Hawaii or do you keep rowing? 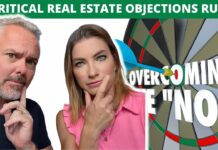 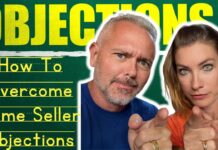 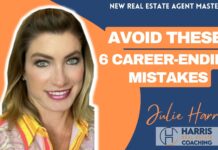 #1 Must Have Success Trait | Harris US Tour Day 25

Podcast: Is Multi-Tasking And ‘Time Management’ a Myth? (You Will Be...