Agents across the country are seeing home sales climb due to the drop in interest rates. An agent from Michigan who specializes in assisted living, commercial and multifamily properties told CNBC , “Home buying is now cheaper…money is now cheaper. People are able to do more deals.”

Dex Lipovic, an agent in New York City, is seeing “a massive uptick in buyers’ traffic now that buyers have seen decreasing rates. “ Now I have tours planned…with…buyers who have all submitted pre-approval applications and are ready to purchase in this spring market.”

Lipovic is taking full advantage of falling rates by actively sharing information about those rates on his social media feeds and in his newsletter blasts. He’s likewise generating inquiries from potential sellers as he keeps them up-to-date on mortgage rate happenings.

Dana Rice, an agent in Washington DC, told Inman News that her clients are “very much aware of rates…they are very sensitive to the rate changes…and that they watch it very closely.” Rice believes that lower interest rates also spurs consumer confidence levels.

Not all real estate agents, however, think that interest rates are the solo panacea for home sales. Jim Weix, an agent who works along Florida’s Treasure Coast, believes prices have very much to do with increasing and decreasing home sales. “A lot of it has to do with properties being overpriced. We’re talking waterfront properties where houses will be overpriced by $100,000 and the sellers may lower those prices by $40,000. But, $40,000 is just not enough…prices have to come down.”

Weix thinks that property prices are so high that they’ve gotten to the point where they need to stabilize. “If we have a situation where prices stabilize and interest rates remain lower…and there is more inventory…I’d then say it’s going to be good for the real estate market.” 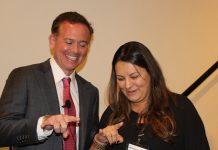 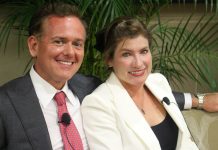 Who Are the Power Players in Real Estate in 2020?