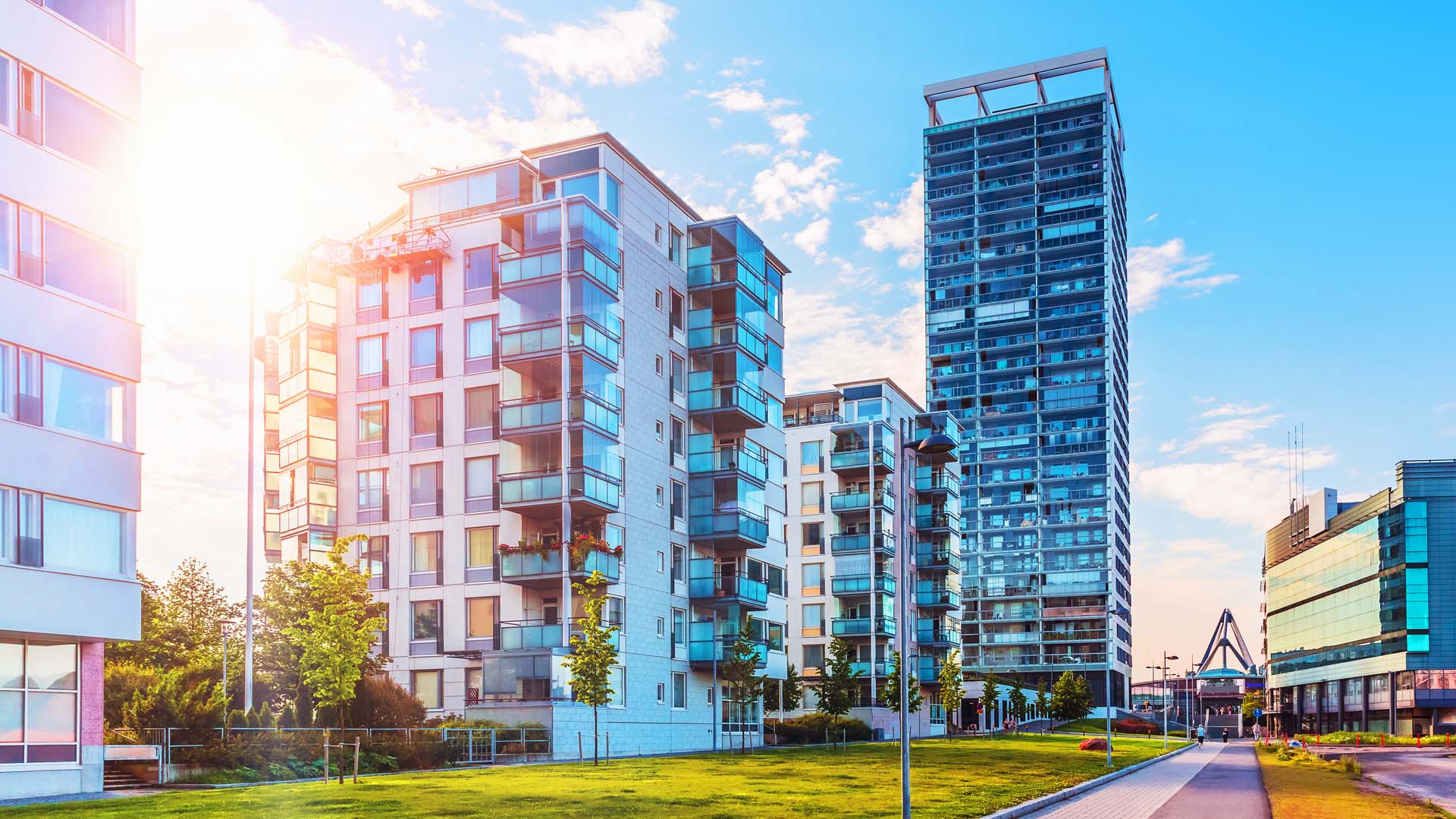 During the first three quarters of 2020, nearly 9,400 new residential units were completed in the Helsinki region of Finland.

Statistics Finland confirmed that nearly 50% of the Finnish population lives in multifamily housing, or “blocks of flats.”

This ongoing boom in apartment construction in the greater Helsinki metro is expected to continue and, in turn, provide housing to 33% of the country’s total population by 2040, according to KTI.

Demand and Prices Going Up

According to Hanna Kaleva, managing director with KTI, Finland’s aging population is driving up demand for apartment living.  Older residents are relocating from remote areas to the convenience of urban areas.

Of the new residential units completed in the Helsinki region during 2020, approximately 40% were rentals and the remainder were organized fairly evenly as housing shares, the most common form of ownership in Finland and equivalent to US coops, and property sales.

Prices in the Helsinki region were about $680/square foot and $460/square foot in the rest of Finland, an increase of +4.6% over 2019 levels, according to the Etuovi listing portal.  Detached houses, available only outside the city center, currently go for approximately $490/square foot.

Prices for apartments in historic buildings, many in the Art Nouveau style, in central Helsinki are over 7,000 euros/square meter or $760/square foot, according to Kenneth Katter, a principal and agent with Snellman Sotheby’s International Realty in Helsinki.

Katter said, “Helsinki is so filled with old, fantastic architecture…there is much higher demand than we can fulfill.

As in many parts of the world, the pandemic boosted demand for second homes outside of city centers.  Katter indicated that sales of summer cottages and other second homes throughout Finland jumped approximately +30% last year.

Who Buys in Finland

The share of foreign buyers in Finland, according to KTI, is approximately 7.5%, among the lowest in the European Union.

Foreigners who are buyers in Finland, however, buy in the Helsinki metro area.  Petri Marttonen, an agent with Habita, estimated that some 20% of sales transactions in the Helsinki area are with foreign buyers, most commonly from Europe, Russia, China, the Middle East, the US and India.

Buyers outside the European Union must apply to the Ministry of Defence for a permit to buy property, however, a permit is NOT required to buy housing shares.  Property transactions can take anywhere from a few weeks to a few months to complete.