A recent report by Veros, indicating that home values are expected to appreciate over the coming year by an estimated 3.5 percent, may be just the card real estate professionals have been waiting for. Now, the question for many agents: Is it a card you can play for your clients or do you want to reshuffle the deck?

Veros Real Estate Solutions, a company that provides tools for property valuation and risk assessment to mortgage lenders, servicers, rating agencies and the investment community, recently released its quarterly VeroFORECAST, which notes that just 4 percent of U.S. markets will likely see depreciation. That sounds like a pretty good hand for most of the country’s homeowners!

According to the analysis, for the one-year period form March 2017 to March 2017, the VeroFORECAST is signaling a 3.5 percent jump in home prices across the country. That rate is down from its most recent forecast, which offered the prospects of a 3.7 percent increase in home appreciation.

Realtor.com recently released similar numbers, with its forecast indicated that home prices are expected to increase 3.9 percent and existing home sales are forecasted to increase 1.9 percent to 5.46 million homes. Homebuyers seemingly see the writing on the wall when it comes to home prices.

According to Fannie Mae’s monthly National Housing Survey, 51 percent of those surveyed said they believe home prices will rise in the next year.

“Strong home price appreciation has turned into a double-edged sword for the housing market as it boosted the net share of consumers saying it’s a good time to sell to a record high, surpassing the plunging ‘good time to buy’ indicator for the first time in the history of the survey,” said Doug Duncan, senior vice president and chief economist at Fannie Mae.

While there is a slight variation in forecasts, there is no deviation from which markets top the chart, with the West and Northwest claiming nine of the Top 10 MSA’s for price growth. Seattle and Denver took the top two spots, with VeroFORECAST estimating appreciation rates of 10.7 percent and 9.6 percent, respectively.

Eric Fox, vice president of Statistical and Economic Modeling at Veros, said in a release that the markets continue to perform well.

“The Seattle market remains strong with a supply of homes at barely over one month, continued population growth, and unemployment at only 4.2 percent compared to the national rate of 4.8 percent,” he explained. “Similarly, Denver’s supply of homes is tight at 1.2 months. This, coupled with its modest unemployment rate of 2.8 percent and rapid population growth, makes Denver one of the strongest markets in the U.S.”

Similar trends will be witnessed in parts of Florida and Texas. Austin remains hot in the Lone Star State. However there will be many markets where price appreciation will be softer, especially on the higher end of the price scale, with California’s Bay Area leading that charge.

Fox said the forecast is for San Francisco prices to appreciate just 4 percent over the coming year.

According to a study by Paragon Real Estate, San Francisco’s median house price fell to $1.3 million in the first quarter, down from $1.35 million at the end of 2016.

On the other end of the spectrum, depreciation is the trend in a few markets in Alabama, Connecticut and upstate New York.

“Consistently, the worst performing markets in the country are areas where population trends have either been flat or on a steady decline for years,” Fox said. 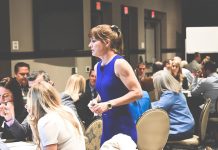 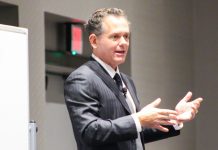