Dallas is experiencing a building boom in single family homes, apartments and office towers, second only to New York City.  In 2016, new construction start-up projects totaled $213 Billion in North Texas projects alone!  Concurrently, more than 100,000 new jobs are being added annually in the Dallas Fort Worth area plus thousands of relocating people are moving in as well.  This is clearly an economic building boom, not a speculative one.

When asked how long this building boom will last, Craig Hall, a Dallas developer breaking ground on a $250M downtown project says, “I ask myself that question every day.  I’ve never seen anything like this.  I have no idea how long…and it worries me.  My guess is that we’re probably a few years away.”

Four dozen of the nation’s top real estate prognosticators estimate that the next two years ought to continue strong but that slowly, declining property market activity will come after that.  The Urban Land Institute in its last forecast estimated that “…nationwide, real estate transactions will dip 8% this year.”  Add another 5% to that by 2019.  “Even so, real estate volumes will stay above the 16 year average of just under $300B annually…Overall, commercial real estate value increases are expected to drop from last year’s 9% appreciation to less than 1/3 of that by 2019.”

The biggest concern is “…uncertainty about future growth…” says William Maher of La Salle Investment Management.  Craig Hall agrees.  “I don’t think the real estate market will trigger a slowdown…I’m thinking there’s something else that’s going to hit us and that something else is the overall economy…”

Most all Dallas builders have their eyes wide open while simultaneously making wide and tall commitments to this building boom.  Ross Perot, Jr. says that “…as long as we have demand, we’ll continue to build…but…you need to be on top of your game.  Now’s the time to be really smart…” due to the rising costs for labor, land and debt. “…the banks have kept the developers under control this cycle.  There are a lot of constraints.”

Perhaps the constraints put upon developers by lenders is and will be a good thing this time around.  Let’s hope so. 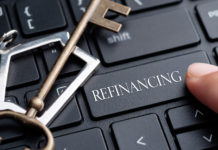 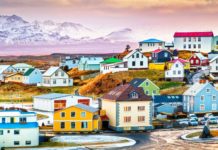