After six years of research and nearly $2 billion in investments, Magic Leap has finally unveiled its first product and it could change the way agents and brokers do their business.

The One comes in the form of a lightweight headset, along with a wearable computer and wireless controller. It will allow the user to browse the Web. Watch video and more. This opens up a world of possibilities for the real estate industry.

The headset — which looks kind of like a bulky pair of swim goggles — will ship in 2018, though Magic Leap’s site concedes that it “is continually advancing and may be different at time of shipment.”

The augmented reality headset will use light field technology, meaning that it essentially projects onto the wearer’s retinas 3-D images that behave the same way real objects do, causing the digital images to blend in seamlessly with the real world.

The Florida tech startup is considered a trailblazer in the AR space, and has received enormous investments from Google and Alibaba.

While Magic Leap could prove to be the next big tech bonanza for real estate firms hoping to land a piece of the lucrative tech pie with augmented reality (AR) and virtual reality (VR) technology, there are still a number of barriers to making AR and VR mainstream.

When it comes to real estate, VR has the potential to be a game-changer.

Magic Leap technology can create an immersive experience for virtual tours, helping clients who can’t easily get to a property tour a home or apartment while they are in another location.
For agents and brokers, this is a technology to watch in 2018. 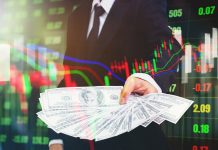 Are Boomers An Answer to Supply Shortage?