At the end of May, bipartisan efforts in Congress led to revisions and rollbacks in Dodd Frank Wall Street Reform and Consumer Protection Act legislation originally passed in June 2010 as a response to the financial crisis that hit the country in 2008.

Here are four of those revisions and rollbacks and how they may affect and/or reboot real estate.

Lawrence Yun, chief economist with the National Association of Realtors, thinks that this regulation loosening may result in a rise in residential construction. Yun said, “Regulations placed on small-sized community banks were terrible because (those regulations) hindered small-sized homebuilders from obtaining construction loans. Now we have this relief which means that small-time homebuilders will have better access to capital to build homes.”

Redfin chief economist Nela Richardson said, “These are community banks, credit unions and a lot of them are in rural areas and they do a lot of mortgage lending. This revision will help consumers in that banks are more able to free up son credit to help them.”

Richardson cautions that excluding lending disclosures may lead to racial discrimination. Richardson said, “The risk is to racial inequity, not system risk. That’s problematic. If we don’t measure what’s going on, if we’re not measuring – quantifying who is getting loans in this country, then we’re at risk of returning to some of the old, nasty practices of discrimination.”

Without these new revisions that loosen reporting requirements, discrepancies in mortgage lending by racial and/or neighborhood identity were already rampant. The gap in homeownership between African Americans and Caucasians is now wider than during the Jim Crow era. People of color are routinely denied conventional home loans in 61 metro areas. And in 2015, during a low interest rate year, less than two thirds of people of color had interest rates less than 5% compared to 73% whites and 83% Asians. 25% African Americans and 18% Hispanics had interest rates of +6% while only 13% whites and 6% Asians had +6% interest rates.

Banks with assets under $10B may now ignore the Volker Rule, named for Paul Volker, former chairman of the Federal Reserve during the financial crisis, that prohibited banks from making speculative investments (proprietary trading, hedge fund, trading, private equity fund trading) that may not serve the benefit of their customers.

Mathew Gardner, chief economist with Windermer Real Estate, worries that banks may again “run wild” making undisclosed and unauthorized “investments” into highly speculative ventures without their customers’ knowledge. “This was a huge problem that certainly contributed to the financial crisis.”

Again, Gardner is concerned that looser credit restrictions could make it easier for some borrowers to be given loans they could not “possibly” pay back.

Some real estate investment advisors such as Dr. Adam Gower, podcast host of the National Real Estate Forum and creator of the Principles of Crowd Funding Real Estate Investing course, believes that lenders ought to base lending practices on the borrower’s professional training, accreditation and securities licenses in real estate rather than on the borrower’s wealth or lack of it. 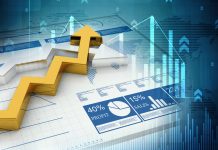 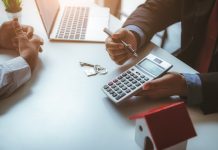 No More Brokers’ Fees for NYC Renters – Not So Fast!

Podcast: The Truth (vs Lies) About Rich People