As of August 1, 2018, there were 15 wildfires actively raging in California with 12,300 firefighters battling 280,000 acres in triple digit temperatures. Thus far, this fire season in California has cost the lives of 4 firefighters and 4 civilians.

The Carr fire in northern California’s Shasta County has already burned 110,154 acres. Some 27,000 evacuees are out of their homes and 1,236 structures have been destroyed. The Carr fire is currently considered to be the 7th most destructive and 13th deadliest fire in the state’s history. (Last years Tubbs fire in Santa Rosa that killed 22 people and destroyed 5,636 structures tops the list as the worst of the state’s fires.)

The Ferguson fire near Yosemite Park has burned 57,846 acres, killed two firefighters and injured eight civilians. The Mendocino County fires, the Ranch and River fires have together burned 74,408 acres.

Scott McLean, deputy chief with the California Department of Forestry and Fire Protection, told the Los Angeles Times that the rapid spread and high level of destruction of these fires is “…the new normal.” Of the state’s 20 most destructive wildfires, 25% of these fires were ignited in either October or December of 2017.

Nationally, there are +60 uncontrolled large fires burning in the Western United States, according to federal authorities. Authorities said that the common thread in all these fires is “extreme heat.” The connection between rising temperatures and tinder-dry vegetation is “…becoming impossible to ignore.”

People near and far often ask firefighters what they can do and/or give to help them the most when conditions are so dire. McLean told the LA Times, “The best thing you can do for firefighters is to be prepared – be prepared to leave, make sure your family’s educated on what to do and when it’s time to leave, leave. Do not stay.” 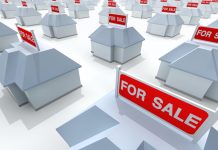 Housing Starts Increasing Along with Prices 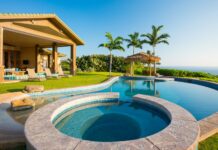 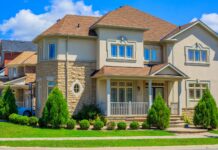 La Haus Looks to Latin America – Perhaps You & Your...

Principles Of Success For A Lifetime (Part 7)

Housing Starts Increasing Along with Prices