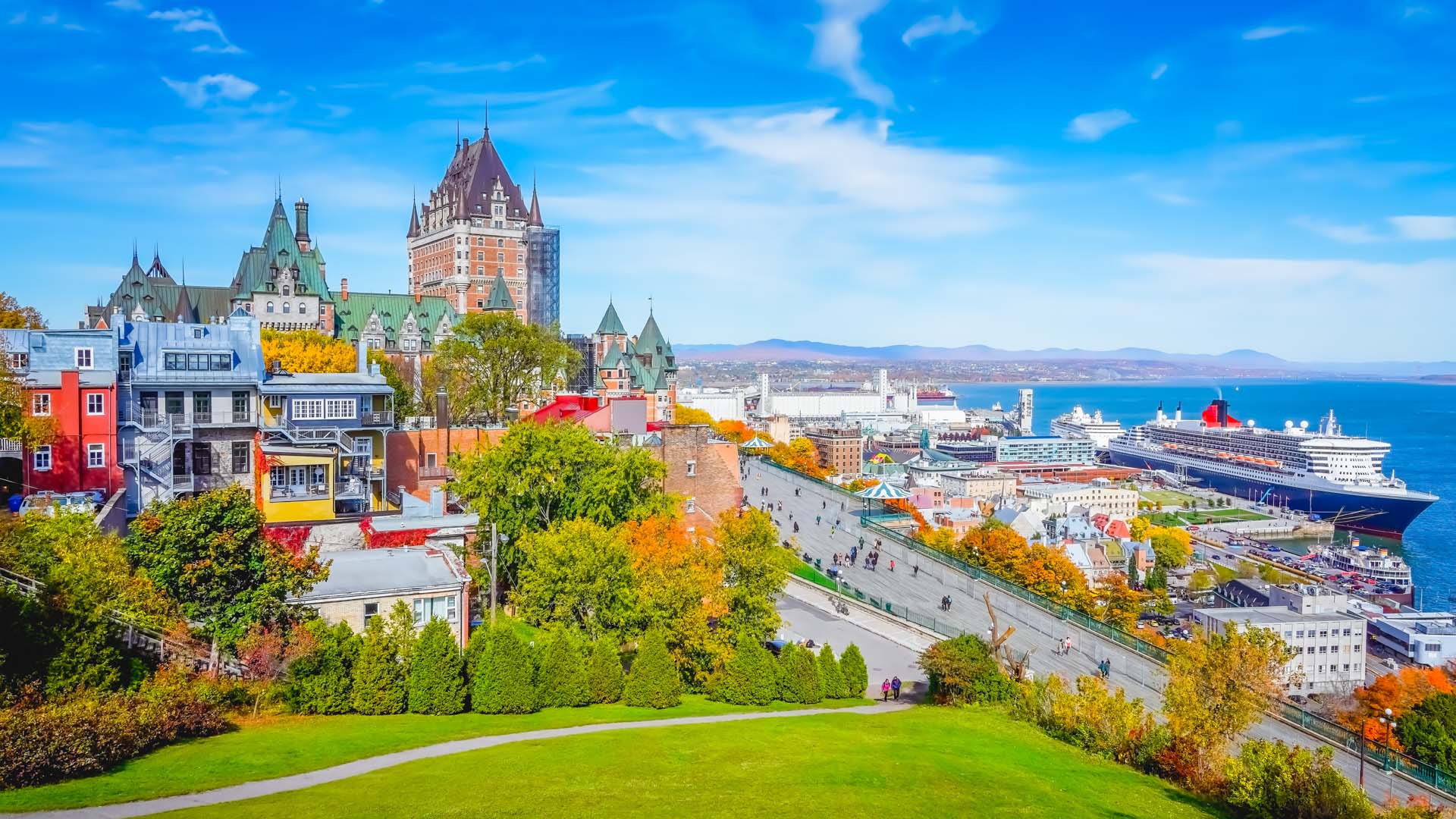 Quebec City feels like a big village but it is Canada’s seventh-largest metro area.

As in many North American cities, the COVID pandemic fractured metro areas.  Quebec City, just about 25-minutes from Old Quebec’s downtown historic district, is one of those bifurcated cities.  The bulk of its downtown housing stock is condominiums along with a few stand-alone homes.

Outside of Quebec City’s downtown core, “the market is hot, but still affordable for anyone outside this province,” said Tom Donovan, a broker and team leader of the Donovan Team/REMax Access in Quebec City.  “People want space, so properties on big lots, or near lakes, are in high demand.”

According to Donovan, “one in three listings now goes into a bidding war.  We never saw this before COVID.”

“High demand” being said, sales volume fell -32% y/y, during Q3 2021, according to a report from the Quebec Professional Association of Real Estate Brokers (QPAREB).   Michael Simard, principal economist with QPAREB, said that this drop in sales volume reflects the “extraordinary (sales) activity” in 2020.

In suburban areas such as Sillery, Cap Rouge and Sainte-Foy, Donovan with REMax Access indicated that prices vary from 500,000 to +3 million Canadian or $404,000 to $2.43M American.

The average price for a detached home in both Toronto and Vancouver is close to 1.8M Canadian or $1.45M US.

Carl Viel, president and CEO of Quebec International, Quebec’s economic development agency, said that Quebec is a beneficiary of “the trend of people leaving larger cities.  Our cost of living is lower, salaries go further, and housing prices aren’t rising as fast.”

COVID lockdowns opened up space for British Columbia, Ontario and Montreal buyers to purchase second-homes primarily in downtown Quebec.  Since the country reopened in August, Americans have been trickling in.

Being a predominantly French-speaking area, Quebec City gets “…a lot of buyers from Francophone countries,” said Donovan.

There are no restrictions on foreign buyers of residential property in Quebec however, non-Canadians are restricted from buying agriculturally zoned properties.  That means, according to Richard Burgos, an attorney specializing in real estate with the Lavery law firm in Montreal, “…an attractive cottage on a farm might not be allowed.”

Investors, be aware that the Quebec government has introduced new regulations for online short-term rentals, such as Airbnb. Among those new rules are getting a registration number through the province, requiring approval from the syndicate/condo association and, for secondary residences such as cottages/furnished apartments, registration with the Corporation de l’industrie touristique due Quebec.

Additionally, re-elected Prime Minister Pierre Trudeau campaigned on a proposal to restrict foreign buyers throughout Canada for a minimum of two years in an effort to “cool the market” so that “…locals could afford to buy again.”  We won’t know whether or not this campaign platform becomes reality until the beginning of the new year.