Distressed mortgage investors looking for a new source of revenue are taking their checkbooks to Puerto Rick, homing to scoop up home loans and foreclosed properties at bargain-basement prices.

Homes that feature amazing views of the Caribbean may prove to be attractive to wealthy Americans. As a result, bidding has picked up even as the quality of the loans available is dropping. It could be a signal that the market is getting frothy.

Moreover, Puerto Rico’s economy has been on the wane over the last several years and its foreclosure process is long and drawn out.

An average of 14 families lose homes every day to foreclosure in Puerto Rico, more than double the rate a decade ago as the island faces a real-estate crash worse than the one that sparked the Great Recession on the U.S. mainland.

Sam Kirschner is an investor with New York-based CPG Real Estate, which partnered early on with Goldman and Perella Weinberg. He told Bloomberg that a number of competitors came into the Puerto Rican market.

“A couple banks started hiring brokers, and our phone lit up,” he said. “And all these hedge funds — we were getting calls from 10 hedge funds a week, saying we would like to partner on such and such a portfolio.”

It remains unknown how successful the investors have been. Goldman, Perella Weinberg and TPG Capital have all declined to comment, as did Lone Star Funds, another group that’s been active in Puerto Rico.

The problem in Puerto Rico also has been more persistent, with foreclosure rates above the 1 percent benchmark level for nearly seven years. In comparison, hard-hit U.S. states like Nevada were above that level for only five years, according to Daren Blomquist, senior vice president with Attom Data solutions, a U.S. housing data provider.

“The foreclosure problem that Puerto Rico has experienced over the past few years is actually worse than what we saw during the height of the foreclosure crisis nationwide,” he said.

And investors have come in because in order to stay afloat, banks in Puerto Rico have sold more than 70 percent of their mortgage portfolio on the secondary market, according to Zoime Alvarez Rubio, executive vice president of Puerto Rico’s Association of Banks.

“Banks cannot carry this risk. … It’s too much to bear,” she said in explaining why troubled loans are sold off. “The economic impact and risk is monumental.”

As of 2016, Puerto Rico’s six commercial banks still had more than 3,800 repossessed homes on their books worth $338 million.

According to Bloomberg, CPG bought that development after it stalled and turned it into one of the island’s most luxurious properties: Paseo Caribe.

The high-priced, trendy development features two towers that are sold out, while a third is on the market, featuring loft apartments with quartz countertops and floor-to-ceiling windows with ocean views.

If you are adverse to risk, CPG’s Kirschner said Puerto Rico is no place for you.

“It is a very, very substantial economic hole that we’re in with a big mountain to climb,” he said. “And I believe it’ll happen. But it’s not happening in the next two or three or four years. It’s going to take that long before we start seeing the light.” 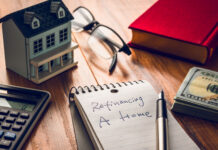