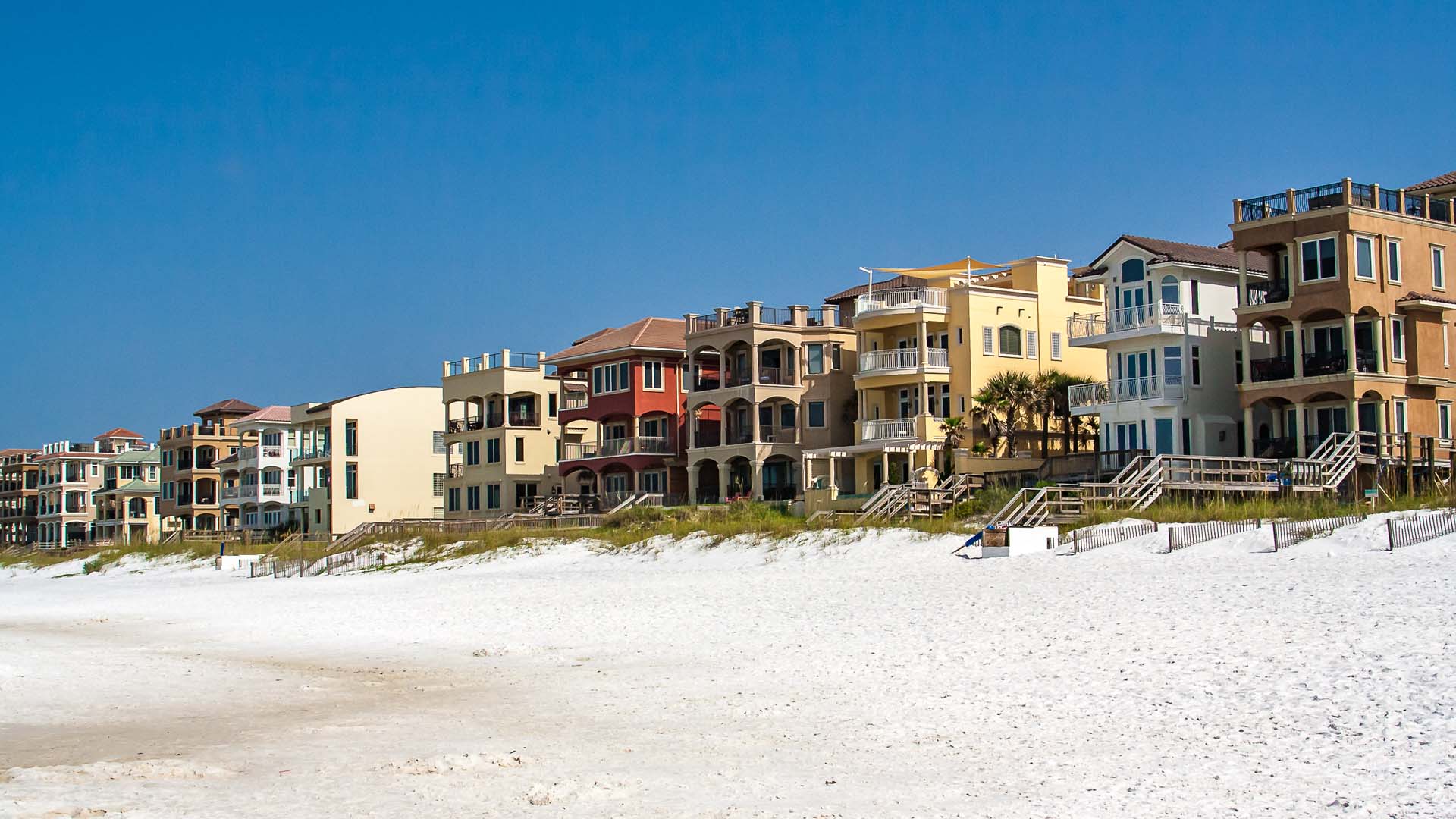 Daytona Beach – 23-miles of Hard-Packed Sand PLUS the Home to NASCAR.

For over 50 years, the old Daytona Beach Road Course hosted races until, in 1959, the Daytona International Speedway began hosting the “World Center of Racing” known as the Daytona 500.

“We’re an hour from Orlando, an hour from Cape Canaveral and an hour from Jacksonville,” said Theresa Geyer, vice president and managing broker of Watson Realty.  And, home prices in Daytona Beach are twice, if not three times, more affordable than those in Southern Florida.

At the high end, waterfront homes range from $2M to $6M and anything located on the Halifax River priced under -$1M moves in a matter of hours or days, usually with multiple offers and over the asking price.  Daytona Beach pricing, like much of Florida, has been positively touched with the COVID effect.

Daytona Beach has a wealth of condominiums,  ranch-style homes and two-story homes, some with extensive porches. There are also some “vintage” early 1900’s homes in the city’s historic district.

Daytona Beach claims more than 20 golf courses , including the LPGA International, and ranked by Golf Digestin the top 15 places to play in the country.  Additionally, the Halifax River Yacht Club, incorporated in 1896, is thought to be the oldest yacht club on the Eastern Seaboard still on its original site.

Composed primarily of full-time residents, families, professionals and retirees, there are some second-home owners and some investors.

Geyer said, “We’re still homey and small and people know each other…” despite much development.  She also sees strength in Daytona’s luxury market (anything +$700,000) as “…those houses are selling faster than ever.  I think that will continue in 2021.”

Cape Coral is “…one of the fastest-growing cities in the country,” said Stephanie Bissett, a broker associate with Premier Sotheby’s International Realty.  A Southwest Florida master-planned community with a Midwestern flavor, Cape Coral is the state’s second largest city that draws people from all over the country, including California, Colorado and Texas.

According to Frank Ehrhardt with John R. Wood Properties, “…it is the last affordable waterfront in Southwest Florida.”

Just nine miles from Fort Myers across the Caloosahatchee River, Cape Coral offers buyers  a more residential community while Fort Myers has more golf courses and is more expensive. The average single-family home on a standard quarter-acre lot costs approximately $300,000 with luxury homes topping out at $4M.  The price range of condominiums starts at $350,000 up to $2M.

This master-planned community appeals to young families and retirees. Many Midwesterners relocate here. Europeans and Canadians are also drawn to the  water life, golf courses and over 30 recreational parks.

Just north of Fort Lauderdale, Pompano Beach has transformed itself from a sleepy surf town to a sought-after jewel along Florida’s southwest Gold Coast.  With some 950 people moving to Florida every day, according to a report by IGS, Pompano Beach offers newbies relatively affordable housing with immediate access to beaches, fishing and sailing.

The city got a complete face-lift after the damage caused by Hurricane Wilma in 2005.

Homes are priced anywhere from $150,000 to $6M while luxury condos come in at +$800,000.  Homes on the Intracoastal Waterway and/or its adjoining canals are considered to be the most desirable.    Any address on Bay Drive, a winding coastal road overseeing the Hillsboro Inlet Lighthouse, demands prices well over +$6M.

Oliver Hoffman, owner of Pompano Beach Realty, said that Pompano has “…mostly full-time residents…” who are mainly professionals, second homeowners and retirees.  Just a small percentage of homes are used as vacation rentals.

Buyers from outside the city come from the Northeast, the West Coast and cities such as Atlanta, Chicago and Houston.

With continuing improvements to the city (upgrading bridges, roads, sidewalks, etc.) and a pipeline of new developments,  as well as a potentially increased supply of foreclosed homes due to the pandemic, Hoffman is bullish on Pompano’s continued appeal to out-of-state buyers.