For most markets, the winter months of January and February signal a yearly seasonal slowdown.  There are noticeably less showings scheduled, though the quality of those showings is traditionally better.  Only a brave few who are serious about (and need to) buy a home will deal with moving furniture across ice-strewn walkways and snow packed driveways!  In 2017, this could all change, if buyers and agents across the country heed the warnings of as many as three increases to mortgage rates over the next year.

Based on multiple reports of increased rates next year, Chief Economist for Realtor.com, Jonathan Smoke has a message for agents and their clients:  Buy a home early this year!

That’s right!  January is the new April.  In 2017, there are two challenges at play; rising mortgage rates and inventory levels that are continuing to drop.  Both of these factors are significant, as rates are now a quarter of a point higher than in December 2015, but now are predicted to rise as much as three quarters of a point in 2017!  As for inventory, when the markets would traditionally begin slowing down in late fall, buyers continued to push through, snatching up the dwindling inventory well past the time they normally would. Smoke says, “As a result of this unusually strong demand in the slower time of the year, we will end this year with at least 10% fewer homes for sale than we had last year. And we thought last year was bad!”

What does this mean for agents?  Its time to call your buyers, revisit their motivation and for those whose urgency is high, get them out on showings right away!  That means its also time to sharpen your listing presentation skills and make lead generation a daily part of your schedule.  For strong listings agents, 2017 could be a banner year.  For agents who haven’t moved past working with buyers, it could be an uphill battle, but one that could be won with the right weapons! 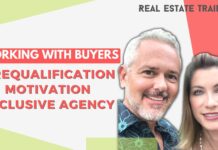 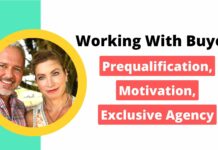 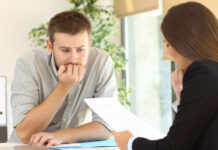 Be Honest, What Limiting Beliefs Do You Have About Yourself? (Part 2)

Need To Make MONEY NOW? (Your Proven Plan Has Arrived)

Everything Old Is New Again in Germany