When it comes to property taxes, location matters.

The American Enterprise Institute, in a 2012 study, found that the property tax paid on a home is most hated tax of all.

According to the survey, more than twice as many people chose property taxes over federal income taxes as their most hated tax, 42 percent to 20 percent.

It doesn’t matter where you live. You will pay some percentage of tax based on the value of your home. Even if you rent, you can be certain that the landlord passes at least some of the cost on to you.

According to WalletHub’s data, there are 11 states where homeowners can expect to pay more than the national average — at least $3,000 in annual taxes. These states include California, where the average is $3,021, Maryland, Wisconsin, Vermont, Rhode Island, Massachusetts, Illinois, New York, Connecticut New Hampshire and New Jersey, where the average annual property tax is $7,335.

In New Jersey, homeowners are faced with the highest effective real estate tax in the country at 2.29 percent, and it has the fifth-highest median home value. All told, the end result is more than $600 a month being set aside for property taxes by the average Garden State homeowner.

Compare that to California, with the 17th lowest effective real estate tax rate in the nation. However, the Golden State has the third highest median home value, behind only Hawaii and Washington, D.C. Homeowners in the state have an average tax bill of $3,021, or $250 a month.

By comparison, the average homeowner in Alabama pays just $538 in property taxes all year.

If you’re stuck in a state with steep property taxes, you might be able to appeal it and save some money on your tax bill.

Property owners can make a case that their property is overvalued to lower their tax. To do this, compare the value of their home to what other comparable homes in the neighborhood have recently sold for. By gathering information on 5 to 10 homes that have sold over the last six months and are comparable to your property in size can help you make your case. You also can do this yourself or call a Realtor who can quickly pull this information for you.

Moreover, if you are successful, you may be able to lock in at a lower assessment for years to come.

Another option, though much less simple, is to move to a state at the opposite end of the spectrum.

It is a conundrum that homeowners in a number of states are now facing. 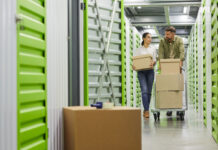 Walkability A Hot Commodity When It Comes to Higher Home Prices