While everyone knows the iconic brand of Disney, the story of how Walt Disney created the empire is very inspiring. As a young man, Walt Disney was fired from a local newspaper as his boss thought he lacked creativity. After a failed animation company went under he was barely able to pay his bills even ate dog food to survive.

With his last few dollars, Walt Disney made his way to Hollywood to try and make it big. Unfortunately, his early time in Hollywood was just as bad. He was told Mickey Mouse would fail, faced constant rejection and seemed destined to never succeed.

But Walt persisted and went on to grow the company with amusement parks, feature films, and is known as a cultural icon.

Learn to take a calculated risk and don’t stop doing what you love just because the world has shown you obstacles. Ironically, years later Walt’s Disney acquired the Kansas City Star newspaper — the one who said he lacked creativity all those years ago.

Jack Canfield is the creator of the Chicken Soup for the Soul Series and The Success Series.

Jack and his co-author Mark Victor Hansen pitched the original Chicken Soup for the Soul to over 130 different publishers. But none of them were interested and said no one “wants to read 100 inspirational stories.”

After 100+ pitches, their agent dropped them as well, but they were determined to get the book published.

Luckily they never gave up and continued to persevere until their book was picked up by a small publisher in Florida.

Now there are over 250 Chicken Soup for the Soul Books and over 500 MILLION copies sold worldwide. If they had given up these inspirational stories wouldn’t have been read across the world and they wouldn’t have made millions of dollars.

Never give up! Could you imagine if he quit on the 129th publisher? Where would his life be now? 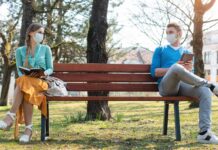 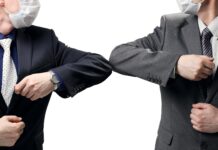 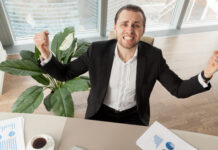 How to End the Feelings of Overwhelm Once and For All! (Part 3)

Podcast: How to know when it’s time to HIRE or FIRE...

Can Remote Workers Be Taxed in State Where They Don’t Live?