Long Canada’s hottest housing market, Toronto is cooling down, with total home sales dropping below 6,000 in June, according to the Canadian Real Estate Association.

According to a Bloomberg report, total home sales in the city came in at 5,977 for the month, according to CREA. Average prices also are off by more than 14 percent since March.

“Changes to Ontario housing policy made in late April have clearly prompted many homebuyers in the Greater Golden Horseshoe region to take a step back and assess how the housing market absorbs the changes.”

In an effort to curb concerns over a housing bubble that could burst, Canadian legislators imposed measures including tightened mortgage eligibility rules and a tax on foreign buyers. Toronto’s market has lost momentum.

Doug Porter and Robert Kavcic wrote in a research note that they expect Toronto to follow Vancouver’s path – price adjustment at the top of the market with less impact at lower prices.

“The Canadian housing market is chock full of unique stories, both positive and negative, have worked to alter market psychology – and that is a positive outcome given the speculative dynamics in place a few months ago.”

In the short-term, the decline in home sales in Toronto and elsewhere in Canada may continue, with interest rates on mortgages starting to rise, given the Bank of Canada’s recent hike in its benchmark interest rate by 0.25 percent to 0.75 percent, the first increase in seven years.

That move came a week after the federal banking regulator, the Office of the Superintendent of Financial Institutions, announced a proposal to toughen mortgage qualification rules this fall by requiring lenders to ensure home buyers could afford uninsured mortgages even if interest rates were two percentage points higher than the offered rate.

Klump pointed out that Ontario measures have clearly prompted many home buyers in the GTA “to take a step back” and assess the market.

“The recent increase in interest rates could reinforce a lack of urgency to purchase or, alternatively, move some buyers off the sidelines before their pre-approved mortgage rate expires.”

Pandemic Real Estate by the Numbers 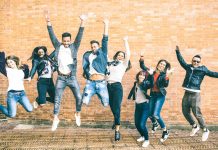 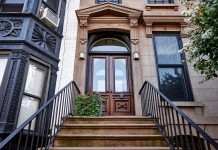 Pandemic Real Estate by the Numbers