Tim & Julie Harris® Real Estate Coaching
Home Market Home Flipping: Not as Easy as it Appears to Be on TV

With home flipping gaining attention with a myriad of shows on cable television, the trend of buying a property, making some repairs and flipping it for a profit is re-emerging in a number of real estate markets. Trulia found in a new report that more than 6 percent of home sales in 2016 were “flips.” They defined a flip as the sale of one home at least twice within one year. CNBC’s “On the Money” talked to Trulia’s Chief Economist Ralph McLaughlin about the phenomenon, which many people attributed to the real estate housing bubble burst and financial crisis of 2008.

“When you see flipping reach 10-year highs, economists like us start to worry a little bit. We think it’s a little bit different this time, because we think more flips are actually value-added improvements that investors are making to the house, rather than speculative flips which is basically someone buying and sitting on a home waiting for the prices to rise.”

A key similarity between today and the mid-2000s is rising home prices. CoreLogic forecast home prices to climb 4.7 percent from December 2016 to December 2015. The National Association of Realtors reported recently that the median existing home price increased by 4 percent in 2016. McLaughlin said this trend gives flippers some level of protection.

“Price increases in 2016 were the quickest in about 3 to 4 years. If the flip doesn’t go according to plan, they at least made a little bit up in price gains in equity in the house.”

According to Trulia, Las Vegas had the most flipping activity, increasing to 10.5 percent of all home sales, up from 9.6 percent in 2015. Other active markets include Daytona Beach, Fla., at 9 percent; Tampa, at 8.4 percent; and Memphis and Fresno, Calif., both at 8.2 percent. McLaughlin pointed out that Trulia found these investors are making improvements in the properties before selling.

“We looked at the share of flips that actually had work done to them using building permit records and that is also near an all-time high.”

“There are opportunities across all spectrums, because the inventory of starter and trade-up homes has dropped the most, we don’t think there’s a lot of activity going on there.”

McLaughlin also sounded a cautious tone. It is important to know your market and do your homework. Be ready for repairs you don’t anticipate that can eat at the profit margin. Flips also can pose other challenges, and timing is everything.

“If your drywall person is tripping over your floor person, which is preventing the plumbing person from coming in, that can add a lot of delays and costs to you. You really have to be like an orchestra conductor, you have to bring all the instruments together at one time.” 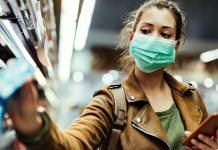 Will Young Adults Facing COVID Economic Disaster Ever Catch Up? 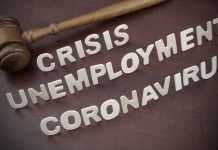 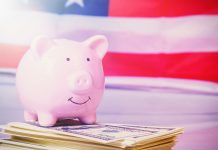 Just a Fraction of the Size of Other Firms, Redfin Making...

Podcast: 20 Secret Prospecting Rules That Will Boost Your Momentum

Upgrades to Add Value and Luxury to Existing Homes

Will Young Adults Facing COVID Economic Disaster Ever Catch Up?