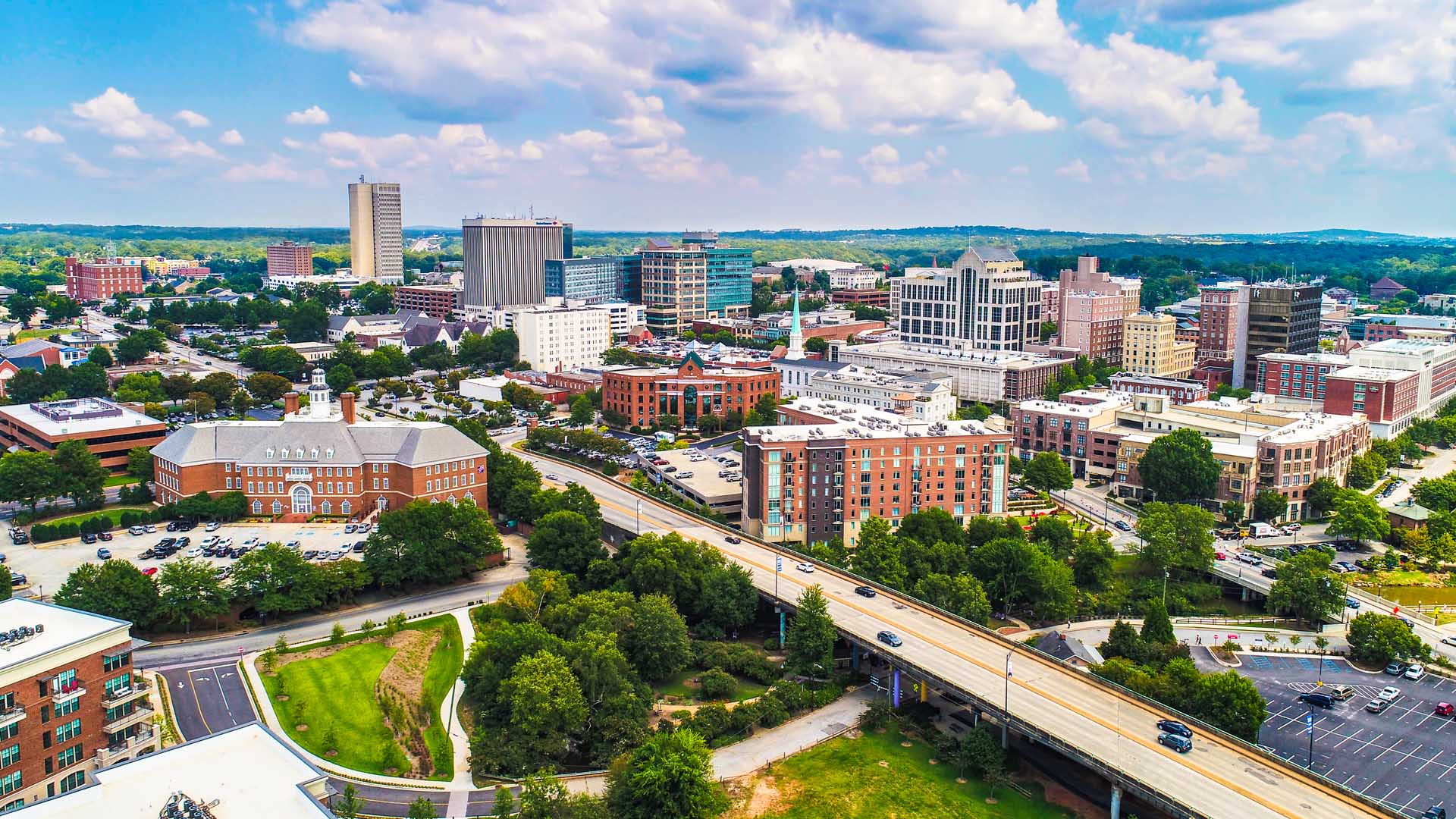 Even pre-pandemic, midsized cities  such as Greenville SC, Des Moines Io and Provo UT  were attracting workers and businesses with lower costs, more affordable homes, access to outdoor space and a mix of high-tech jobs and old-school industries such as manufacturing and finance.

These three highlighted cities came through 2020 with fewer job losses and are making faster recoveries.  According to Mark Vitner, senior economist with Wells Fargo & Co.,  “They (midsized cities) offer a lot of things you can’t really get in the big city.  They’re more affordable…and all of these industries are poised to do very well.”

Greenville is located half way between Charlotte NC and Atlanta. The city’s downtown Falls Park is enviable with its greenery, waterfalls, meandering bike and hiking trails plus  it’s close to the Blue Ridge Mountains.

Additionally, the rate of job growth in Greenville in March was 11.9%. Compare that 11.9% rate to the country’s rate at 10.7% during the same time period.

Companies such as Michelin tire company and BMW established their first North American headquarters outside of France and Germany in the 1970’s and 1990’s respectively.  Today, 120 auto companies operate in the Greenville area along with hundreds of thousands of jobs and billions of both stateside and international investment.

Additionally,  Proterra, an electric vehicle bus-making factory, and Worxbee, an outfit that matches a team of executive assistants with small businesses virtually, opened in Greenville in the 2010’s.  Demand for technology and jobs is surging.  More jobs = more workers = more demand for houses

Though Des Moines doesn’t have the same draw of the Rocky Mountains, it does share similar economic advantages with Provo: less population density, housing affordability, and a plethora of both young college graduates and companies waiting to hire them.

The pandemic brought many young professionals who grew up in Des Moines home.  According to Dan Houston, chief executive with Principal Financial Group,said, “There’s been a full-court press to try to recruit them…” and that full-court press is working.

The housing markets in all three of these rising star cities, as well as in places like Madison WI, Fort Myers FL and Columbus OH,  are booming.

Sales volumes are up as are home sale prices.

The combination of affordability, less density, access to outdoor space and growing economies appears to be golden for breakout cities. This influx of both returning and newcomers is taking advantage of what’s “happening here.”

Rather than buying a one-bedroom condo in Chicago, buying a 2,200 square foot home for the same price in Des Moines with its new bars and new food scene made more sense.  Rather than living in a high-rise apartment in New Jersey for “an arm and a leg,” buying a 4-bedroom home just 5-minutes from Greenville’s downtown also made more sense.

The icing on the cake in these breakout cities for these new and/or returning residents?  They have economies that now and seemingly into the future that will support their housing decisions.

Thanks to Moody Analytics and The Wall Street Journal.

How To Become A Real Estate Superhero (Part 2)

Podcast: The Action Steps to Rolling Out Your Own Instant Offers...